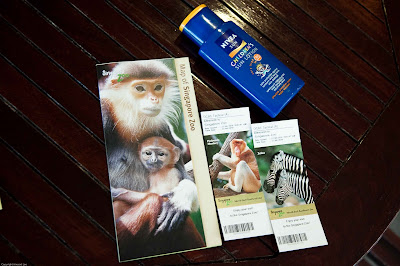 It was Lilian’s birthday and we both took leave. But instead of going for her favorite Steamboat treat, she decided to bring Xavier to the Zoo instead. So off we went to MacDonald’s for breakfast before heading to the Zoo.

As Xavier knows how to express some of the animals traits when we call the animals out, I wanted to get a video of him doing them all. This video is pretty close with him doing the elephant’s trunk, the tiger’s roar and the rabbit shake.
Brought along my camera for photo taking but didn’t manage to use it much, partly because Xavier is at the stage where he can walk on his own but now wants us to carry him. We actually saw this other couple close to our age or slightly older and they were with two kids (looks like twins), a baby, a twin stroller, a single stroller and that guy had a Canon 5DmkII camera with the big white 70-200mm lens. Hats off to him for being able to handle the three kids and still take photos.
Anyway below are just a few shots taken during our visit. Enjoy. 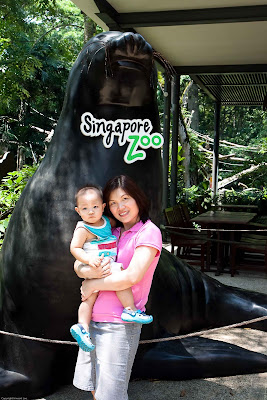 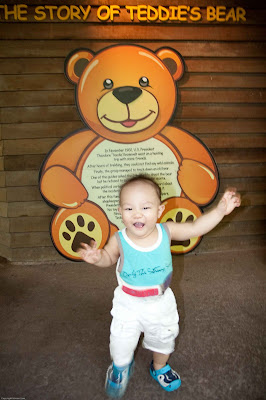 Xavier pretending to be the evil teddy bear. 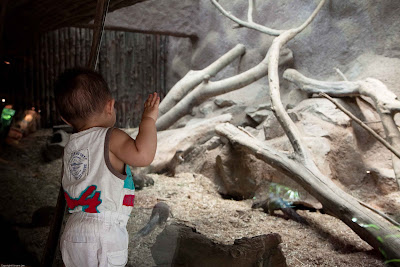 One of Xavier’s favorite area, where he can see the squirrels running around in close distance. 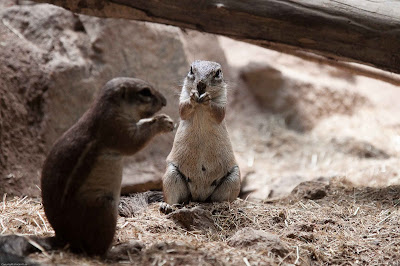 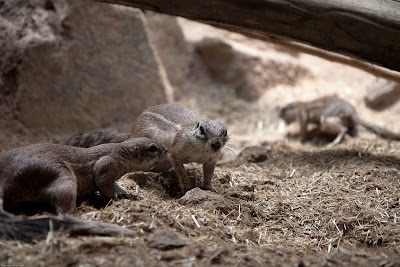 My mum has taught Xavier that 亲亲 means forehead touching forehead. Well, when he saw the statues, he went to 亲亲 with them. Its one of those moments where your heart just melt and you would just go, “Ohhh, ssooo cute!”. The last shot is one of our favorite shots. 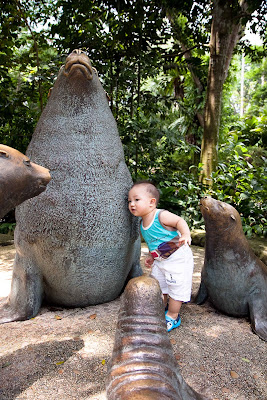 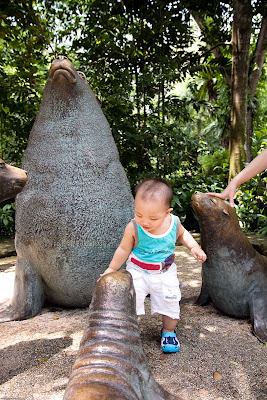 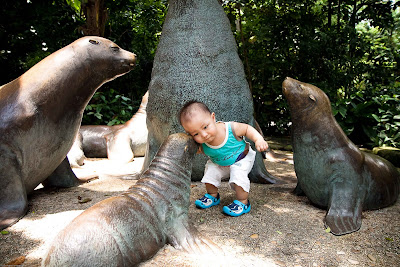