I haven’t been able to shoot as much as I would like to on my Canon 50D. The thought of bringing out the heavy DSLR sometimes (or most of the time) puts me off, especially when going out with Xavier (he has become very needy, wanting us to carry him most of the time). Hence I’ve been on a lookout for a small compact camera that has full manual functions like those DSLR. I was very tempted by Canon PowerShot S90 so when Canon launched the S95, I took the bait. 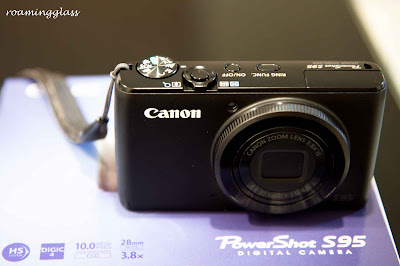 An upgrade from S90, it added HD (720p) video recording capability to its host of powerful functions. This is a very welcoming feature for me as it doubles as my video cam. I can now capture more videos of Xavier (like his dancing moves) in HD clarity going forward. It also has a Control Ring surrounding the lens which you can use to control various functions depending on the shooting mode you are in. This is one of the main selling point of S90 & S95 and it really is a wonderful feature. Controls and settings could be easily adjusted with a small turn of the ring. 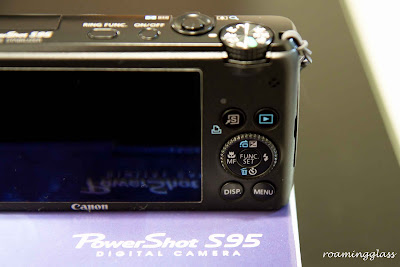 At the back there is also a rotating  wheel that enables fast setting of parameters and scrolling through photos in review mode. This is very similar to the wheel on 50D and I absolutely love the wheel. 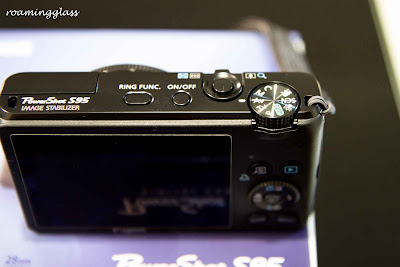 It has a very fast F2.0 lens at 28mm. Paired with a high sensitivity sensor which keeps noise at bay, it enables low light shooting that was previously very noisy on our old IXUS 800IS. And at a price of SGD531.00 after trading in the super old IXUS V2 (under the Canon Privilege Purchase Program), it looked like a steal.

I manage to get this camera in time for my Bali trip and it comes in very handy. Most of the time I just took the S95 out to shoot during the trip, leaving the 50D in the resort room. I haven’t been able to review the photos yet as Adobe Lightroom 3 does not support the S95 raw file as of now. But it should be by version 3.3. I’ll probably make do with the Canon DPP program for now.

This camera is so feature packed yet in such a small body that I nicknamed it Mighty Mouse. You can google its specifications online easily. My only complain is that it doesn’t come with a hardcopy manual and trying to read the PDF format on the tiny iPhone screen while on holiday is !@#%$#^%^&! Hopefully I can master most of the functions before the end of my long leave.