Learning Vision @ Raffles Place did a short Christmas Carol at Marina Bay Link Mall and I think the children did great. 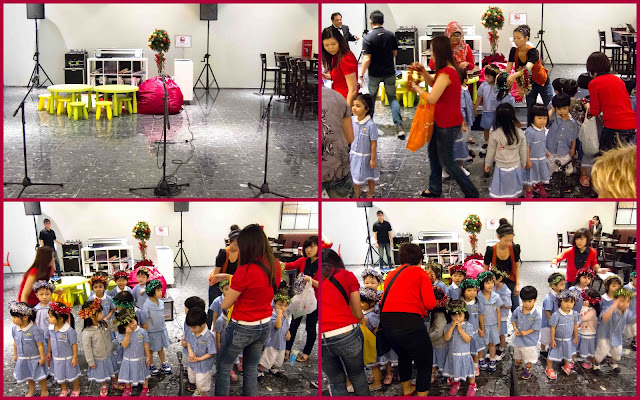 It all started 2 weeks ago when Xavier’s teacher told me that they intend to bring the children around the offices of various parents to do Christmas Carols. She asked if my company would welcome such an initiative.
As it would not be possible for my company given the nature of the job, I thought the next best alternative was the building lobby where we have big decorated Christmas trees on both towers. After checking with the building manager, he replied that the use of the building lobby would be for tenant events only. He did however help asked Marina Bay Link Mall if they would be able to host the short event and the mall welcomed the school. And so, this became what would be Learning Vision @ Raffles Place first public event.
I was on leave that day and went to the performance area slightly early. Already, there were a number of parents waiting eagerly for the children’s performance. So how did it go?
I think they had fun. Although it was their fourth stop and some children were getting restless (Xavier included), I think they did well. And I just love their expression at the discovery of microphones.