2012 was the year I stop exercising, like totally, and got back my tummy. My weight went from 71.8kg to 79.7kg. It was also one of the most difficult phase of parenting for me, having to juggle two young boys. I did became very negative at one stage but I’m glad I’m over that stage. 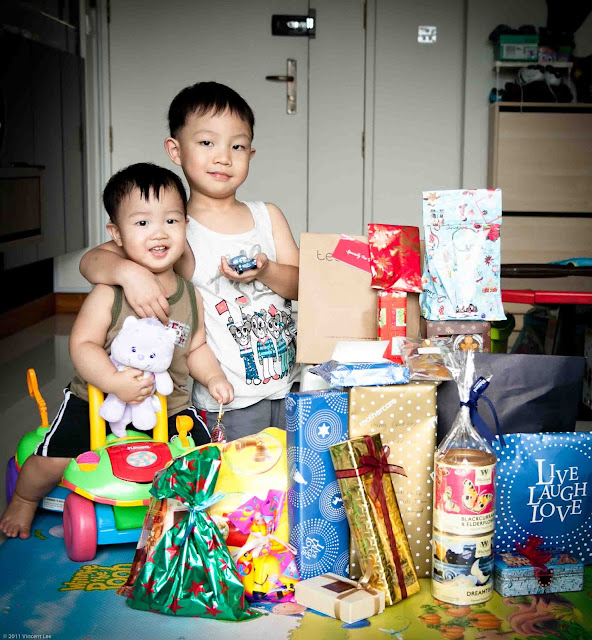 The boys have also changed over the year. Lucas went from a mummy hogger to a smiley baby you can carry if you bribe him with a french fry. And he can run now, really fast. Xavier has become a big brother mentally. He beams when Lucas calls him kor kor and will sometimes initiate to lead and protect his brother. But he has also became mischievous. Just recently in school, he used his “big brother figure” (as he is one of the older children in his class) to influence his other innocent classmates to do naughty things together, somewhat like a ringleader.

This was also the year Lilian and I had the biggest quarrels, mostly housework and parenting related. But like a priest said during a recent church wedding, occasional quarrels are good. It test the relationship and strengthens the bonding. Thanks for the everything Dear. I do love you, more than when we just married.