I have always resisted installing window grilles. The sight of grilles makes the house looked caged. Plus my living room has almost full length windows, so it seems down right ugly to install grilles on them. 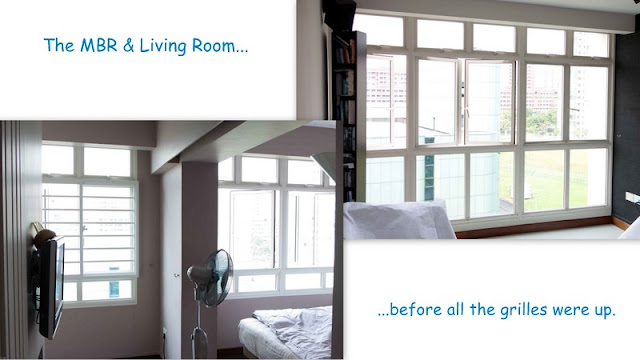 But alas the time have come to sacrifice for our boys, again. While it was manageable for two of us to watch over Xavier like a hawk to make sure he doesn’t do silly things like attempting to climb onto a chair and look out of the window, its impossible to keep an eye on two boys 24/7. So I reluctantly agreed to Grill It Up, for safety reason and Lilian’s piece of mind.

I got quotations from three companies. One of the companies, Legate, offers a “invisible grille” concept. Its actually very thin stainless steel wires which looks almost invincible thus you still get the view and the protection. However it’s alot more expensive compared to the traditional grilles. I would definitely consider them if its for our new place next time.

The quotes from other two companies were similar and we settled for Pang Giap since I seen good reviews from the forums. And it so happen our shower screen glass doors of both toilets broke down and we got them to install new shower screens as well. 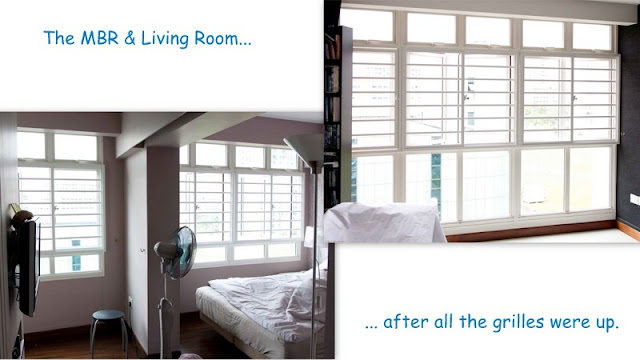 The installation was surprisingly fast and alot quieter than we had anticipated. And there you have it, Grilles…