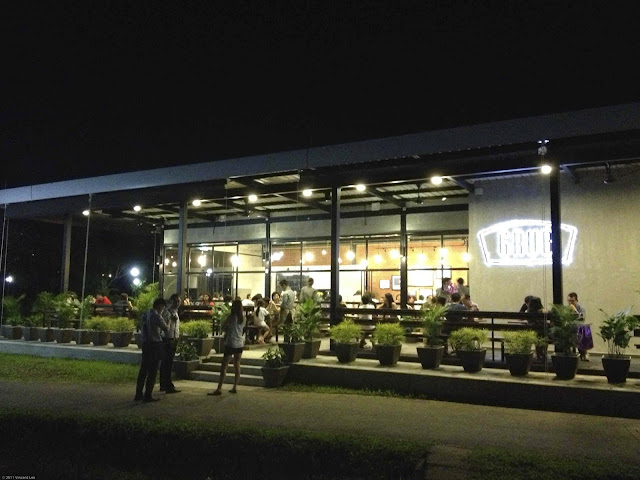 When I heard from Lilian that Meryvn, the chef behind Cookyn with Mervyn whom we took cooking lessons from during their fund raising for Tribute to Japan, is opening a restaurant, I got super excited.

GRUB opens for business on 1st May 2013. Nested in the peaceful surrounding of Bishan Park, they believe in serving excellent food with quality ingredients at a price level affordable to most. I like it already. 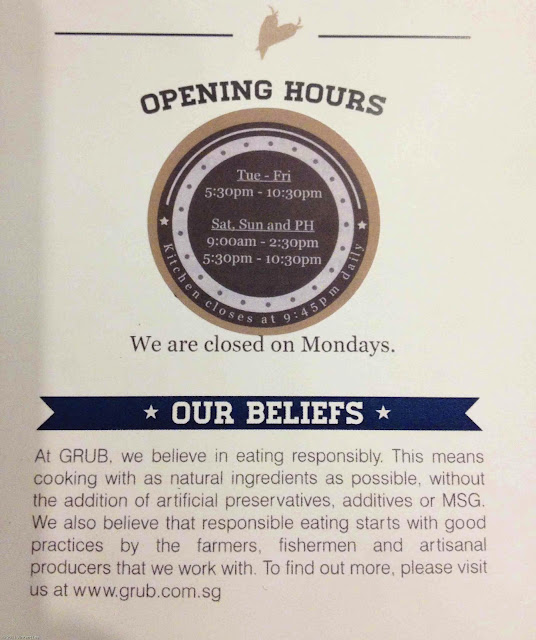 The interior decoration gives a homely feeling with earth tones colours, raw red brick wall, a big clean modern open kitchen with a bar top (presumably to conduct cooking lessons) and a see thru glass area to the main kitchen where Mervyn and his crew do their magic.

Menu offerings reflect western style food, from Breakfast set featuring scramble eggs and toast for the weekend brunch, to appetizers like Truffled Egg Cocotte and Chili Con Carne to tease your appetite, to burgers and meat as mains and delightful desserts to end off the night. 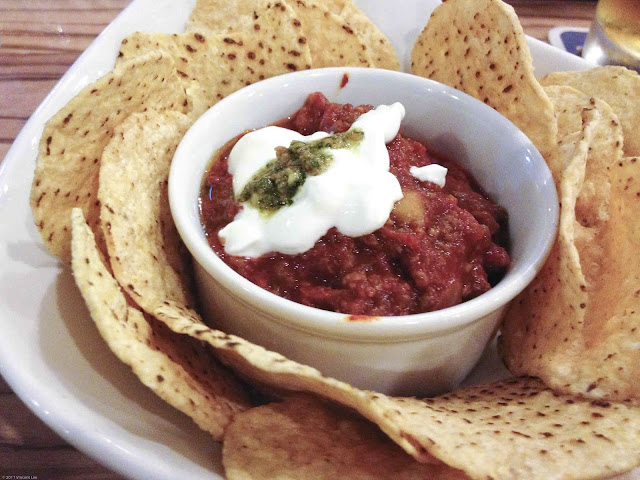 I absolutely love Chili con and that had to be my must order for appetizers. Lilian is not a big fan as she often finds it too gelak. But on this plate, she was fighting with me to finish it. It’s yummy yet not too heavy and Lilian loves it. I think partly could be that they used chips instead of fries. 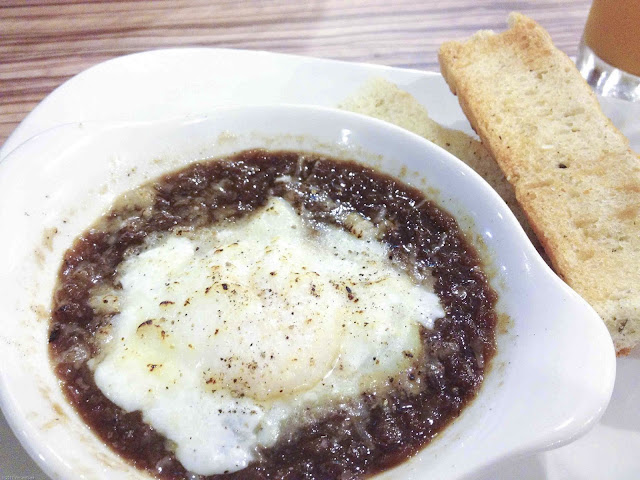 We also ordered the Caramelized Onion Gratin just to try another appetizer. The gratin is so sweet, and silky. 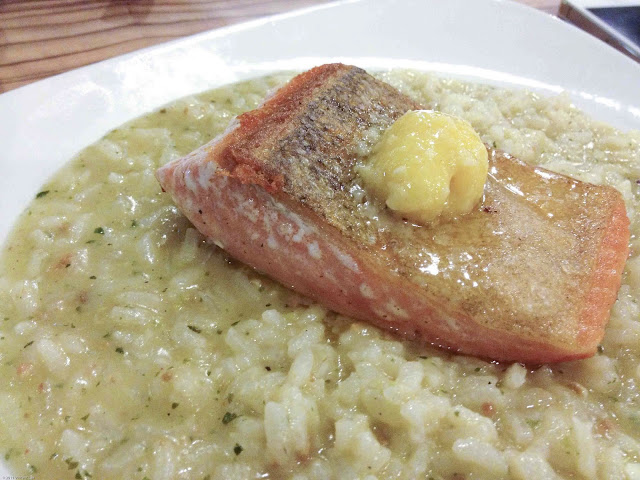 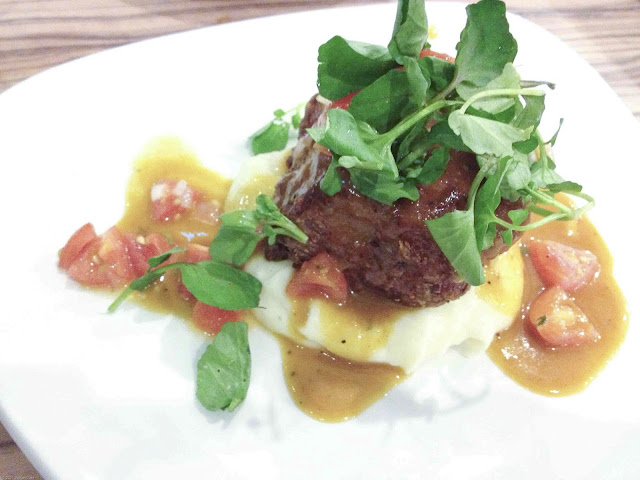 I was torn between trying the Pulled Beef Burger or Slow Roasted Pork Belly. In the end, chose the pork belly. I find it hard to resist pork belly option. I could only grin ear to ear when the big cube of meat was served. 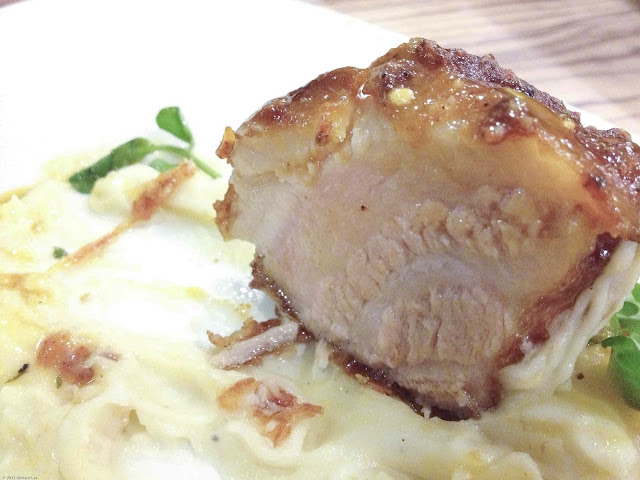 But this is no ordinary pork belly. Its gonna take the title of most “collagen” pork belly I have ever ate. Just look at the meat to fat ratio.

We looked around and quite a number of patrons ordered their burgers. Gonna try them too next time. Though we were full and satisfied, I just had to order the Belgium Waffle with Salty Caramel, Grilled Bananas and Dark Chocolate as dessert. Just reading it on the menu makes me salivate. 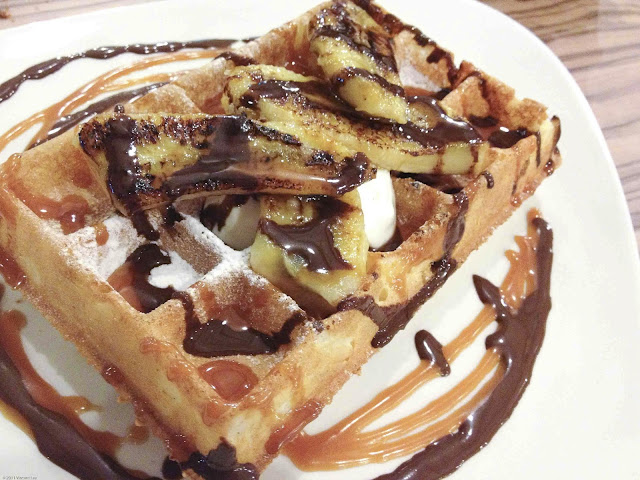 The grilled banana, the dark chocolate and the salty caramel, oh what heavenly combination. There is also a scoop of sour cream under the banana. Although we find that weird, I still licked the whole plate clean.

From what I read online, this is one place that is also dogs friendly (alfresco area). There were a group of bikers who parked their bikes outside and dine at the alfresco area. Opening hours is on the second photo.