Gundam celebrates its 30th Anniversary in style in Japan with a 1/1 scale life size model. There is also another video about the construction of the model. I so wish I can in Japan to witness the Gundam model.

Here in Singapore, the celebration was of a smaller scale. Compass Point hosted the Gundam Fiesta Singapore 2009 at its atrium and it attract a large amount of interest. 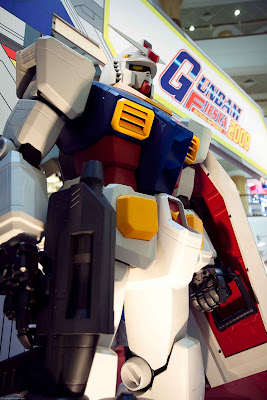 There were heaps of kids and adults all crowding to drool at the 30 years worth of Gundam models on display. Almost everyone were taking photos of the models, either with their camera phones or compacts. There were also a number of people using SLRs and I actually saw this guy with a huge SLR (battery grip included) and a long lens standing a distance from the models while he take photos of them. Maybe a professional.

It wasn’t that easy taking photos of these models as they were enclosed in acrylic casing and flaring was an issue. I like taking from the angle where the models are looking and given that the robots are much taller in real life, the models are usually positioned looking down. So sometimes that angle which I like to take turn out to be the angle which the reflection or flare would appear.

Anyway below are some of my favourite shots. You can view more at my Flickr. Enjoy. 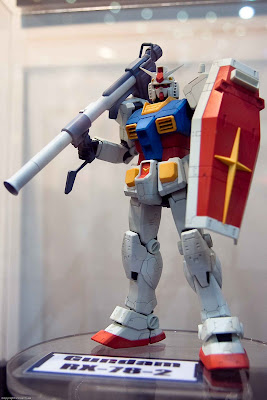 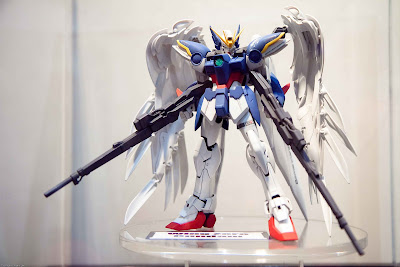 This angel-wing version is my favourite. 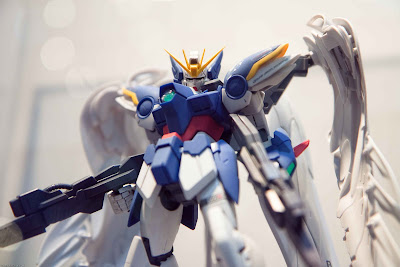 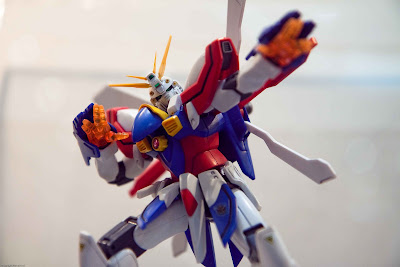 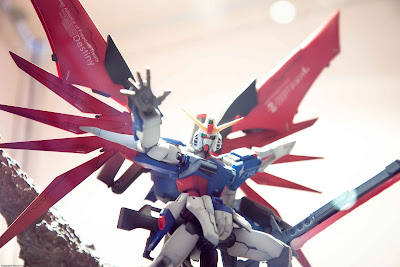