Xavier was all excited about celebrating his 2nd birthday. He would grin from cheek to cheek at the mere mention of birthday cake, clapping his hands trying to sing “Happy Birthday” and ending with blowing the invisible candle and then turning to us and ask “Cut cake?”

And so we celebrated his 2nd birthday today in a day filled with events (more on that later).We invited just the immediate family members for a cosy celebration but the “mini” buffet for 10 pax from Mum’s Kitchen was enough to feed 20! So we called Gabriel and his family over for the celebration. 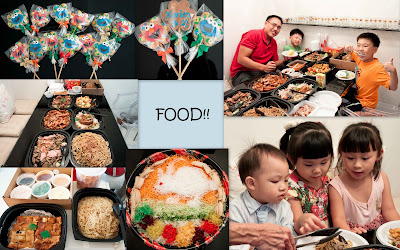 As it was the Chinese New Year (CNY) period, the buffet was a CNY set. Lilian replaced the Yu Sheng with Kweh Pie Ti as my mum will be preparing a plate of home-made Yu Sheng to toss. Anyway more food is a happy problem. 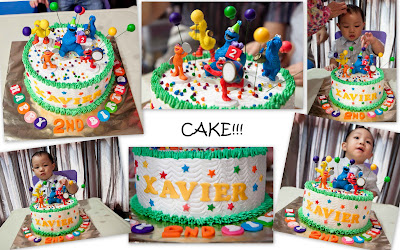 When everybody’s stomachs are filled, its the moment Xavier’s been waiting for, to cut cake. I made the mistake of opening the cake box in front of the kids as it became chaotic with the kids (especially Xavier) all wanting to grab the Sesame Street characters. So a tip for parents, if you want to take nice photos of the cake (in peace), do it in the kitchen before presenting the cake to your kid. We were pleased with how pretty the cake was decorated. Thanks Aunty Yochana. 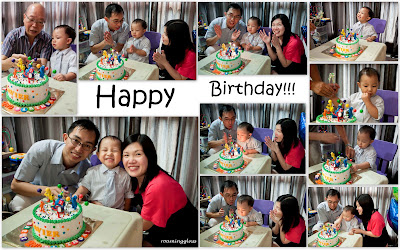 I totally forgot to get someone to shoot a video when we sang Xavier the birthday song. So happy Gareth took the following video with Winney’s iPhone. 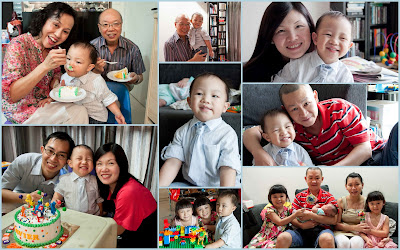 Xavier definitely enjoys his 2nd birthday more than his 1st as he knows what’s happening around him. He is able to clap and sing along, cut the cake and pose for “cheeky” smile photos. More photos available at my Flickr.