HFMD is back to visit us again. This time it strikes Xavier in a stealth silent manner, compared to the first time he got it and when Lucas got it earlier this year. 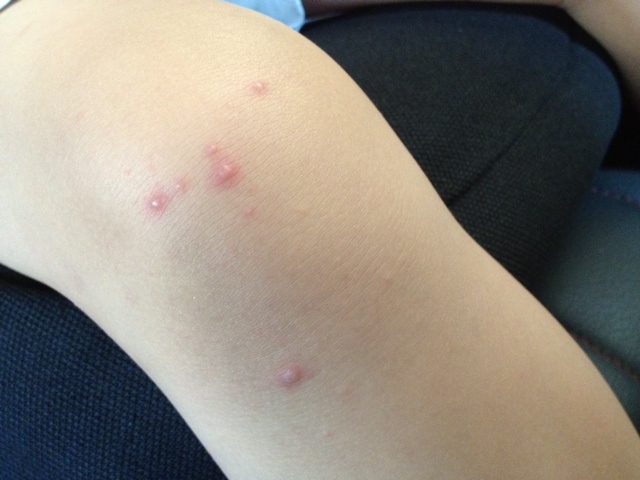 I first notice some very small red shots on Xavier’s leg on Friday. My first thought was its probably allergy since he didn’t have fever and his appetite was normal. Then Saturday the spots became more so we brought him to the doctor. That was when the doctor confirmed that Xavier’s got HFMD as he had both red spots on his hands and legs and ulcers in his mouth and throat.

It seems that as long as the child has either red spots on hands and legs with either fever or ulcer, its likely to be HFMD. The strain Xavier got his time seems different from the two others we encountered before. He didn’t have fever and was as energetic as before. The spots were mainly at the hands and legs and concentration near the joints. And these spots grew bigger and more blister-like.

In order to reduce the chances of Lucas also contacting HFMD, we put Xavier at my parents place. He is making the most out of the situation by asking my parents to buy toys for him when he gets well. Sneaky boy.

Xavier then recovered and got the clearance from the GP to go back to school the following Thursday. Then we got the double whammy of working parents. Lucas got HFMD on Friday and both boys are out of school again. It seems like he caught it from his brother as the symptoms were similar. We went back to their usual PD this time.

The incubation period is from 3-7 days where you can be infecting and spreading HFMD without any symptoms at all. By the time the symptoms appear, one would have already infected others. Hence Lucas could have already caught the virus from Xavier before we segregated them.

The blessing was both Lilian and I were already on leave this period and my parents were also free to help take care of the boys too. Lilian term this block leave as the “Best Block Leave Ever”. :p