You might have notice the postings getting lesser, my eyebags getting bigger, my temper becoming “Hulk-like” and the fact that I haven’t really post much about Lucas. All because of Lucas. 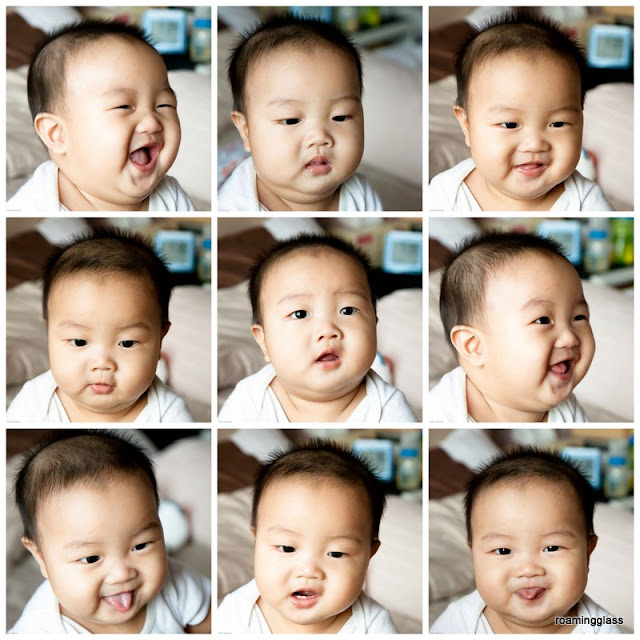 Let me try to explain this. Lucas has been holding Lilian “hostage” since birth. While he has loosen up abit and now plays with Xavier and myself in the day, he still goes into his terrorist mode at night. It’s pretty funny (and I been waiting to get this scene on tape) when sometimes I’m carrying Lucas while Lilian do her stuff. His head and eyes would lock on Lilian like a hawk, much like in the movies where the surveillance camera turns to follow the target around. He would go into frenzy mode when Lilian (the target) is out of sight, sounding his “alarm” by making all sorts of noise.

And partly because we are so tired at the end of the day (looking after two boys) that we just give in to his “demands” just to put him to sleep. It’s ironical cos we started him on his own cot in a separate room and was determined to keep him there and now he sleeps on our bed every night. Lilian had to latch him to sleep and whenever he wakes up at night. And he does wake up every single night to “spot check” if Lilian is around, once at 3am, once at 5am, and a random time.

With Xavier sleeping in the same room (on a separate smaller bed), it’s gonna be an issue as Lucas grows older. Now I’m just hoping Lucas shows more of his adorable side and keep his terrorist side at bay.

1 thought on “Lucas the Terror(ist)”