Skip to content
We were up early for some power breakfast. The agenda was to head to the famous Lorong Selamat stall for some Char Koay Teow. Sadly it was closed. As we were starving, we decided to try the Prawn Mee Shop down the road. 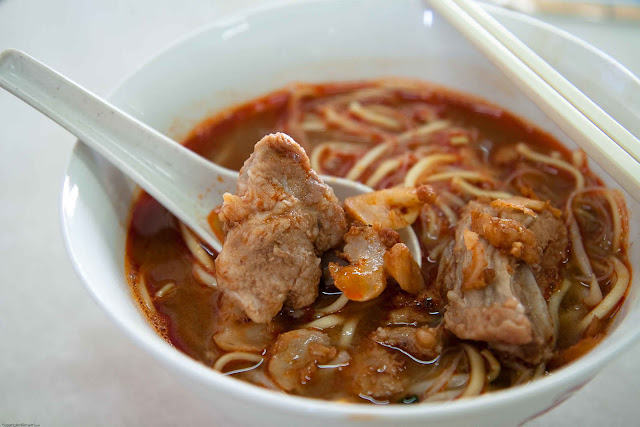 The Auntie ask if I wanted small or big. Mistaken that she was asking if I wanted a small bowl or big bowl, I ordered small. And it turned out to be small prawns. The soup base is pretty spicy but Lilian loved it, saying its damn shiok. The pork ribs were tender and juicy but the prawns were a disappointment. Then again, it can’t compare to the big prawn I had meant to order. 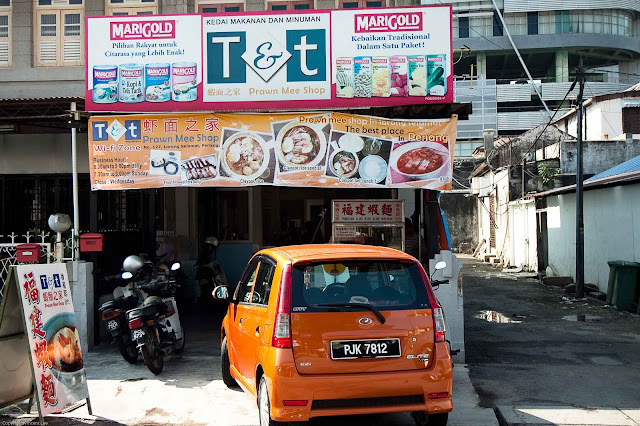 The address is at 127, Lorong Selamat, 10400 Pulau Pinang, Penang.
Feeling unsatisfied with the Hokkien Mee and with a fierce desire to try the Penang Char Koay Teow, we decided to walk the extra distance to what ieatishootiblog term as the “best plate of Char Kway Teow I have ever eaten.” And boy were we glad we did.
This Char Koay Teow is gotta be one of the highlights of this Penang trip. Having walked additional 20 minutes from Lorong Selamat, I felt obligated to order the most expensive option the stall has to offer at RM9.50 and this was what I’m rewarded with. 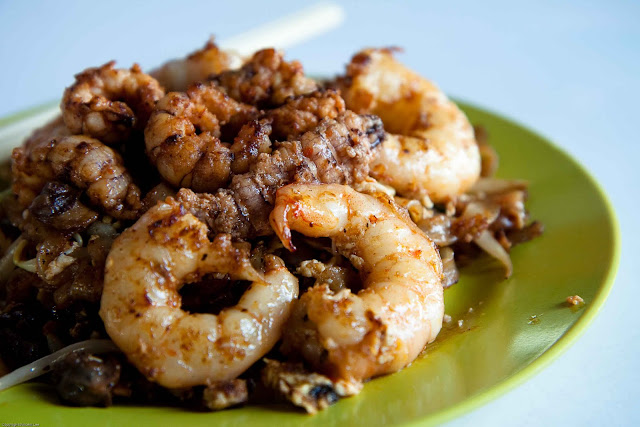 Ah Leng’s Char Koay Teow was covered with huge sea prawns and mantis shrimps (which Lilian initially thought were stuff from the insert world). It was so delicious that I couldn’t help closing my eyes and biting slowly so that the moment last a little longer (machim like those TV food shows). And it wasn’t oily at all, unlike the other we tried earlier. 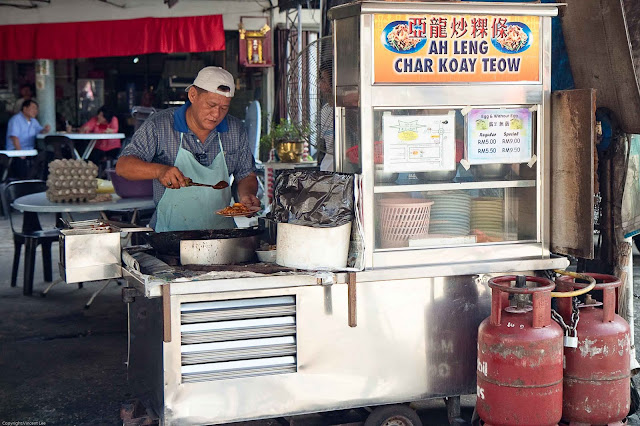 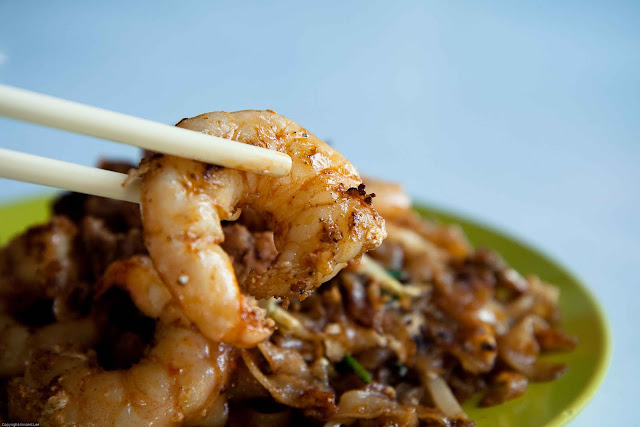 The sea prawns were so succulent, so meaty, so juicy! Was so tempted to order another plate for myself.

The stall is located in Kafe Khoon Hiang, Jalan Dato Kramat/Jalan Dunlop (facing Honolulu Club), Penang.
We rushed back to the hotel as we have booked a massage (for me) and pedicure (for Lilian) session from Zen Spa. They have a free pick-up service and we dun wanna be late for it. My massage was pretty good as I had aches from all the walking. Felt so relaxed that Lilian said I snored a couple of times during the massage. Lilian however felt the Pedicure was lousy and she had to redo herself when she came back Singapore.
On the way to Zen Spa Lilian spotted the sign that says Hard Rock Hotel ahead. We asked the Spa how far was it or if there was any bus but the Korea guy at the reception offers little advise other than drive 5 mins, walk 20 mins.
So we decided to walk. And after 30 minutes of suntan walking, we finally spotted the famous hard rock logo on the hotel. The feeling was like seeing an oasis in a desert. Immediately we headed to the cafe for lunch and boy we were starving. We actually over ordered and had to cancel the dessert. 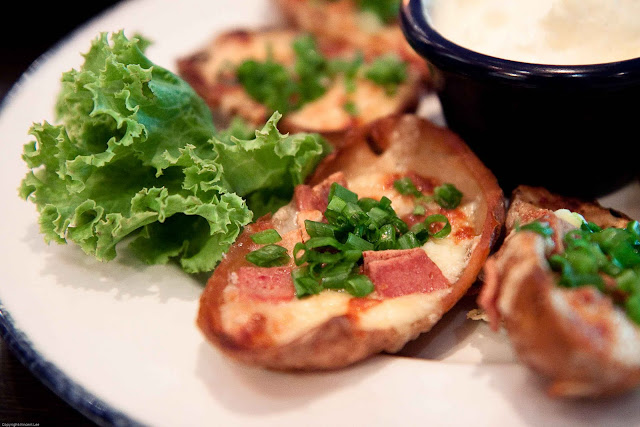 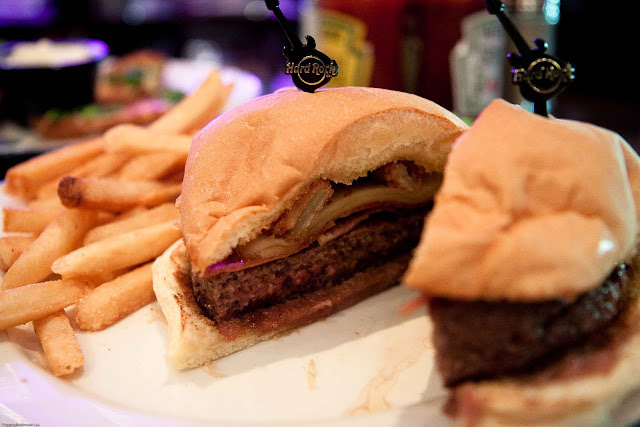 We had the Potato Skins and the Legendary 10 oz. Burger. When you are hungry, any food would taste good, especially junk food. 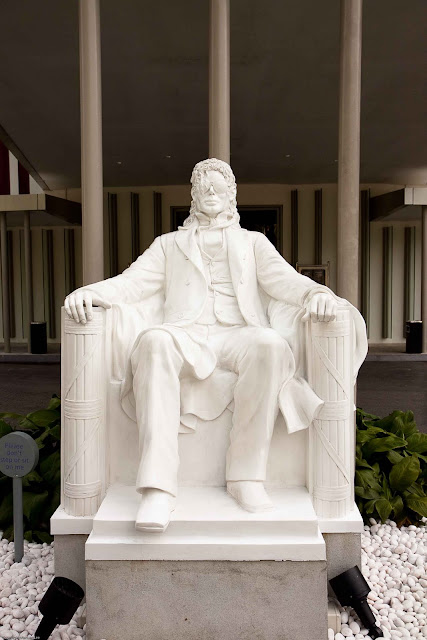 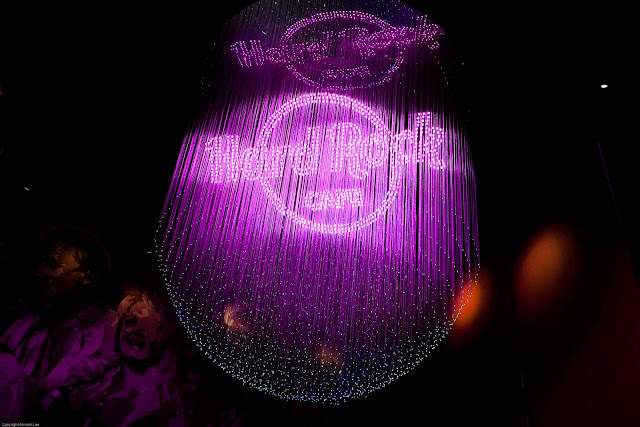 There is a statue of Michael Jackson outside the cafe as well. We grew smart on the way back to Zen and took their local bus (Rapid Penang) this time, after advise from the Hard Rock crew. It only took 5 mins and RM1.40 each.
By the time we were back in Georgetown, it was time for dinner. Following the Peranakan visit yesterday, we decided to have dinner at one of the Peranakan restaurants, Hot Wok. As we were not familiar with their signature dishes, we got the waiter to recommend to us. 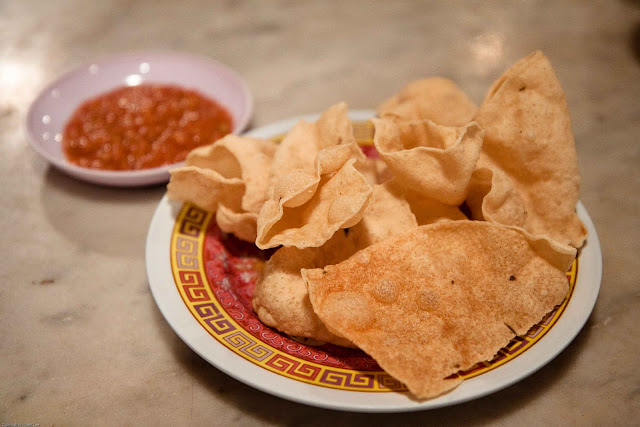 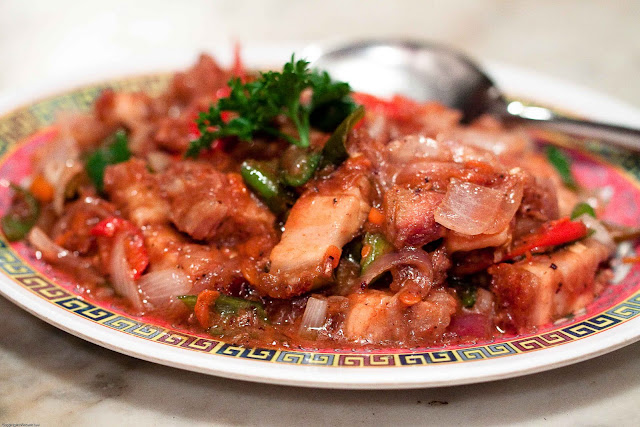 Roast Pork Cincalok. Love the roast pork. Crisy skin, tender meat. Did find it a little too salty though. 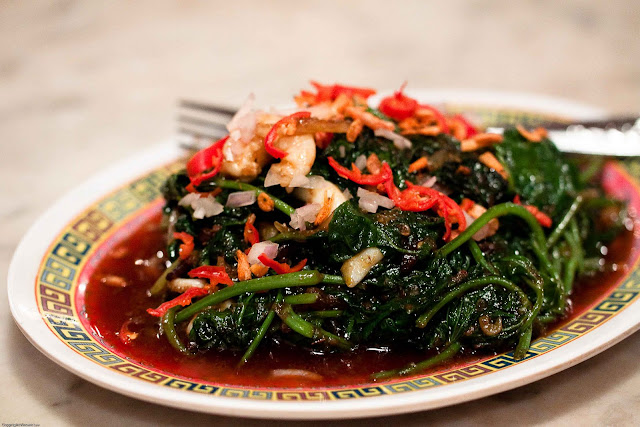 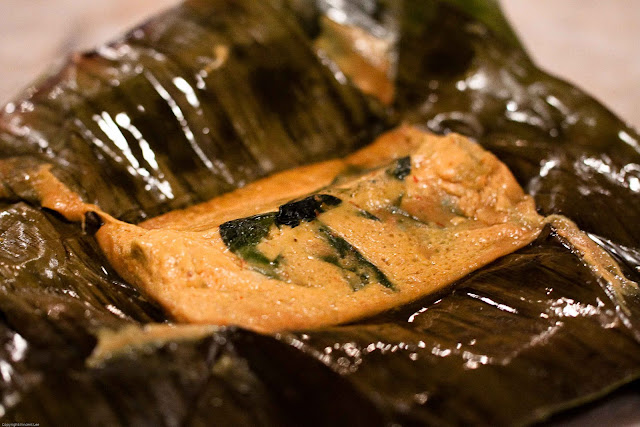 Otak Otak. Soft like tofu. Seems to melt once you put it in your mouth. 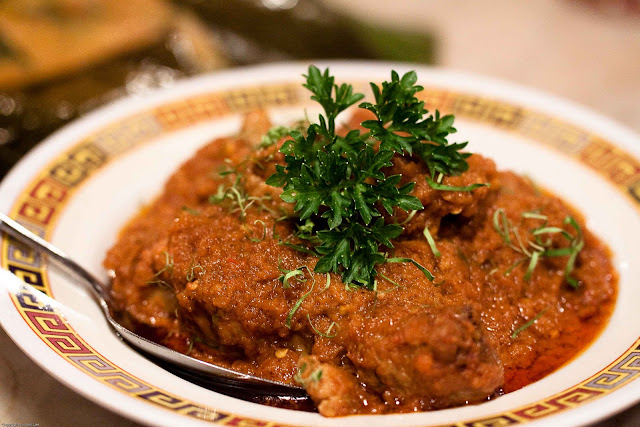 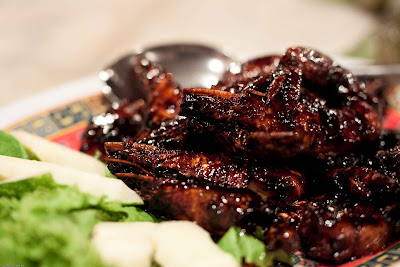 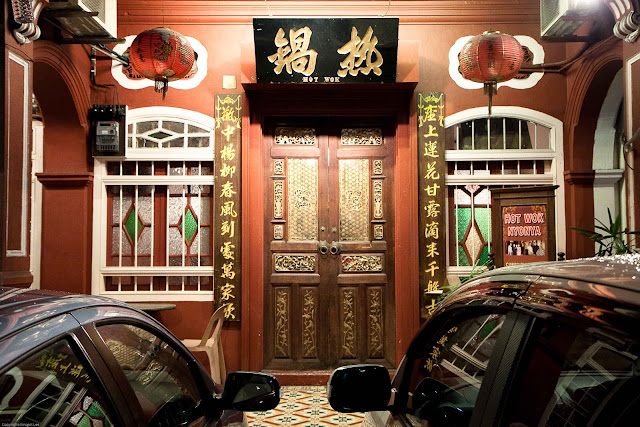 Address is at 124-E & F Jalan Burma, 10050 Penang, Malaysia.
We were filled to the neck when both of us finish all the dishes and had absolutely no space for desserts anymore. We took a slow stroll back to the hotel and waited for the Taxi to pick us to the airport. This Penang trip was a yummy and satisfying getaway.