As I started the blog on Xavier 3 months late, I am gonna start a series of posts under “Recall” which will highlight the major events to date, starting from “The +ve one”.

Trying for a baby didn’t come easy for us. It took one and a half years of trying, many hard work, some tearful moments and a few holidays before the positive one came. In fact when the pregnancy test kit showed positive, Lilian couldn’t believe it that she had to test 5 times with 5 different kits before it sinked in. Four kits were the normal +/- kit or the “double line” kit (of which one was done at her company GP) and wanting to be absolutely sure, she tested the 5th time on a digital kit that would show the word “Pregnant”. 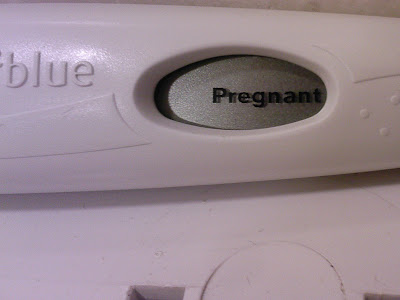 I was of course overjoy. Below are the series of ultrasound scans. The first was done roughly when he was 8 weeks old. He looked just like a kidney bean on the right of the black circle. BTW the black circle is the womb. This scan is basically to confirm he is well settled in the womb and not anywhere else (like the fallopian tube). Then when Prof. Ng measured his heartbeat, hearing the heartbeat of the fetus for the first time, the feeling was indescribable. 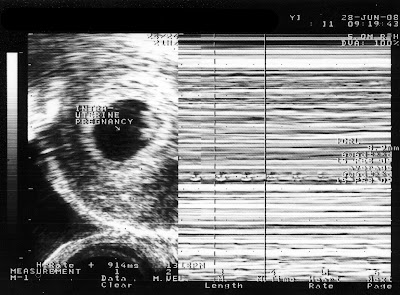 The second scan three weeks later showed the growing fetus and the placenta. His heartbeat was 171bpm then. Must be excited about us checking him out. 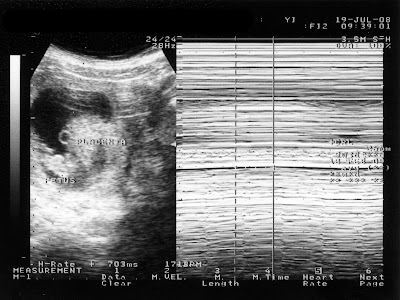 Then came the 12th week scan which is a detailed scan. This scan try to pick up any abnormalities early. You can see the head and the tummy in the scan below, as well as the little fist above the chin and the nose. This scan is also pretty scary for us cos they also test of possibility of Down’s syndrome. The nurse took the reading on the nuchal skin fold thickness but didn’t say much. Then she called a doctor in to take another reading. The doctor can only say should be ok, will await the blood test to be more conclusive. I sense its probably borderline but also feel the nurse reading might not be accurate (since 1/2 mm makes a difference and the way she measure like measure abit extra). They got us worried for a few days till the blood test result confirmed the possibility is very minimal.

I suddenly felt like a huge rock lifted off my chest. It was at this very moment that I became enlighten about what it means when people say it doesn’t matter if your baby is handsome, smart, look like Brad Pitt or have double eyelids, as long as the baby is healthy. Having a healthy baby is all that matters. 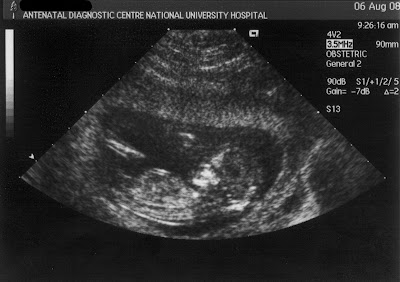 2 thoughts on “Recall: The +ve One (First Trimester)”