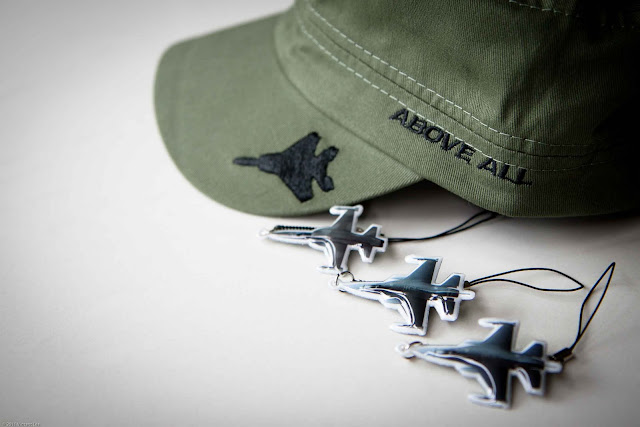 Every boy dreams of flying a plane in some phase of their life. I too had that dream when I was young. So when RSAF had their open house this year, I thought Xavier too might be keen. Indeed he was.

We went on Saturday morning and thankfully it was an overcast morning. On display right at the entrance was the pride of the RSAF, the F-15SG (bottom right of the collarge). F-15SG is a variant of the F-15E Strike Eagle, one of the most versatile fighter aircraft even built. 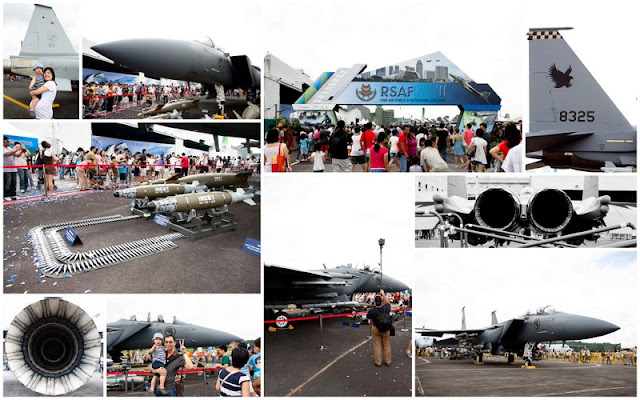 There are many photo enthusiasts at the open house with all kinds of gadgets. I took a photo of this man with a super extended mono-pod with trigger mechanism. The open house also have sections where you can sit in the aircraft, probably the closest non-pilot can get to flying it (beside the Flight Simulation Centre). But the queue for it is crazy, at least one hour for the not so popular aircrafts.

The main highlight is the open house is the Aerial Display. We went 10mins earlier and the seats were already filling up fast. Manage to get front seating. Was initially afraid it might be too loud for Xavier and might scare him but he kept pushing our hands away when we try to cover his ears. 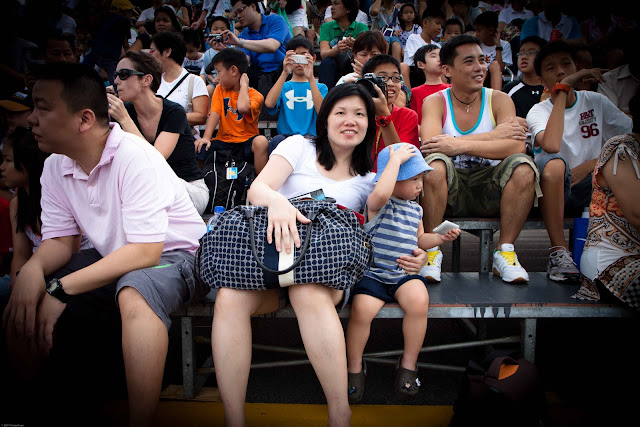 Before the start of the Aerial Display, the pilots came by and threw some pins to lucky people at the back. The display showcase the ability of most of the aircrafts in RSAF, including the F-15SG, F-16D, the AH-64D Apache attack helicopter, Super Pumas, Chinook, C-130 Hercules. Took multiple shots of the F-16SG taking off and soaring in the sky and piece them into a single photo below.

After the Aerial Display, we went to check out the helicopters on display. I was particular interested in the Apache, influenced by the 80’s show Airwolf. There is also a S-70B naval helicopter on display. 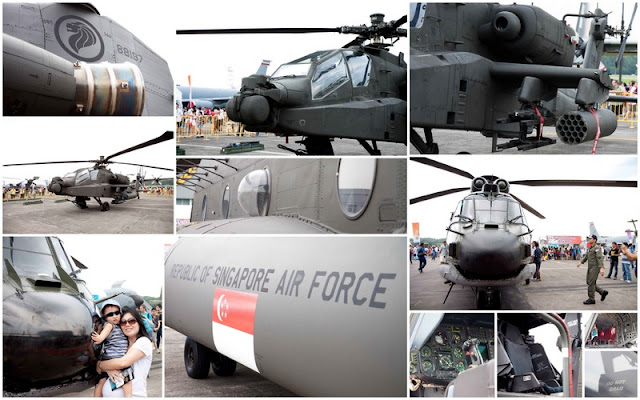 We left shortly after noon as it was starting to get really crowded and the sun found its way out of the clouds. Overall a fun open house. Got Xavier a jockey cap before leaving.