I asked an old friend, who has 5 kids, how difficult is it to raise 5 kids. His reply was, “From one kid to two kids, it was tough, really tough. But the effort is quite similar for one to three, four or five kids.”

His bottomline was the transition from managing one kid to managing two kids is two totally different ballgame. After 3 months with Xavier and Lucas, I totally agree. Here are some thoughts:

– No two kids are the same (even if they are twins). I had the expectation that all babies are similar in their first few months. That expectation grew into frustration for me, as I kept asking why Lucas is not doing this and that like Xavier. So the earlier you recognise this point, the less frustrated you would be.

– Communication is key. As the saying goes, “Assumption is the mother of all f*** ups.” or “You think, I thought, who confirm?”. Communicate with your spouse what you expect of each other, how you want to split your tasks on hand. Do not assume your partner knows what you have in mind.

– Pay more attention to the older kid. Or at least try. The older kid had all your attention before the newborn comes along so the suddenly need to share your attention will affect him/her. Xavier is fairly good so far as he doesn’t show “ill-jealousy” (the kind that involves hitting and bullying) but that doesn’t mean he do not try to seek as much attention from us as possible. Like shoving a toy in your face asking you to look at it when you are carrying the newborn, or asking if you can put the newborn down and play with him.

– You would really have close to zero time to yourself. If you thought you are managing your time well with one kid and having some of your own “me” time, be prepared for no more of that and ever lesser sleep. In fact I do not even have much time to blog nowadays, preferring sleep. 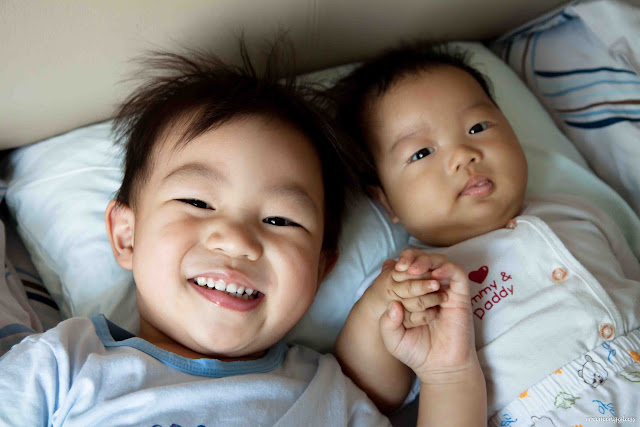 Right now I’m just grinding my teeth and hoping time pass faster and they grow up faster so we can pass this phrase, though I would probably miss this stage later on. But its really really tough now. So if you are planning for a second kid, be prepared. Be Very Prepared!

2 thoughts on “Second Kid Is Ever More Life Changing”