I went to Singapore Import Night 2009 (SIN2009) with Keith and but dunno why, wasn’t in the right mood that day. Maybe it’s because I had “Tuesday Blues” since its back to work the next day after a long weekend (Monday was a holiday).

And it reflected in my photos. In fact I was so frustrated with them that I deleted almost all in a rage. What’s left were only 7 photos of the drifting event happened outside the exhibition hall.

I attempted panning technique, where you deliberately slow down the shutter speed and pan your shot, following the object that is moving. What this achieves is a relatively sharp object (that you focus on) with streaks of blur background, implying motion and at the same time, causing your sharp object to “pop out” of the sea of blur.

I had a certain image in mind that I wanted to capture (like what I seen on the Initial D animation) but somehow I didn’t catch it due to the fact that I was unfamiliar with the course they were taking and I was not at the correct area. Below are four better shots of the event. Enjoy. 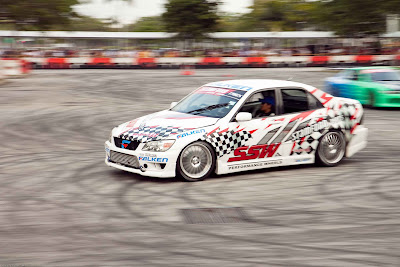 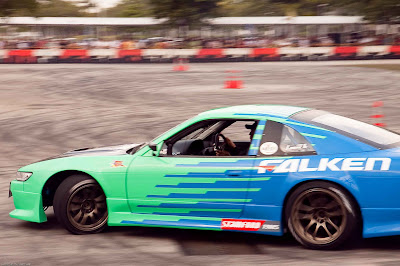 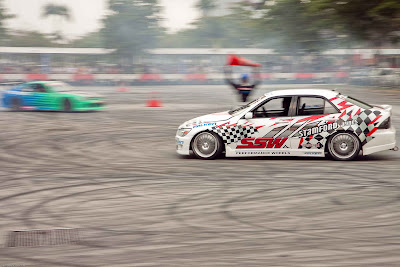 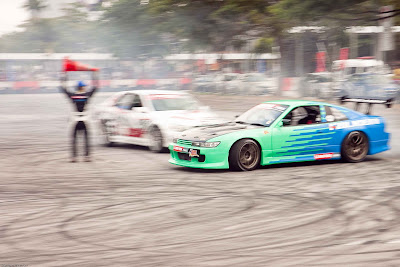 The last two shots are of the two cars doing donuts around the guy holding a cone over his head.