I heard pretty good reviews about Baby Boss and thought it would be fun for the boys. So Lilian and I brought the boys to Baby Boss while my parent explore Taipei on their own today. 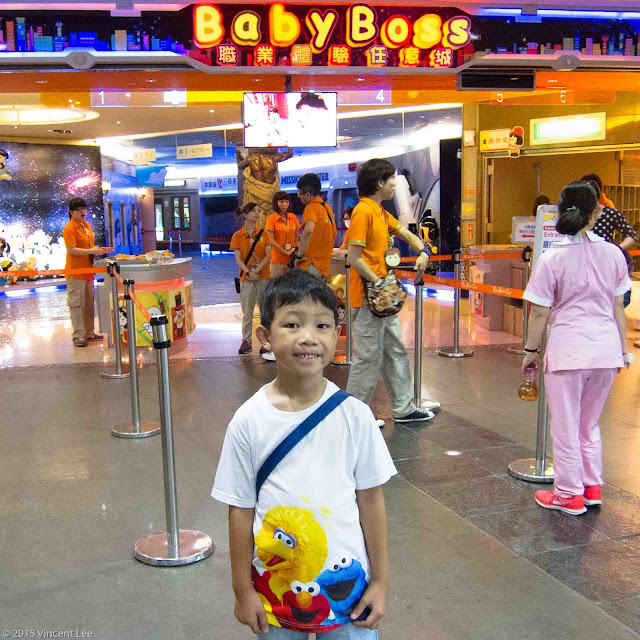 Baby Boss is like a theme park with many different jobs for the children to experience. Each jobs takes about 30-40 minutes and at the end of it, they get “paid” Baby Boss (BB) currency. More on that later.

We went on a Monday and there were just a handful of people. The whole experience was in Mandarin and I’m glad Xavier understand what the instructors were talking about and replied in Mandarin the best he could. 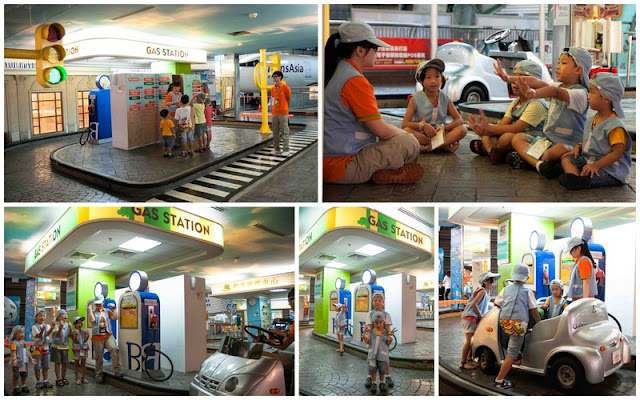 The first job, petrol station attendant. The boys were briefed what they had to do, like direct the car to the spot, confirm the customer wants to top up petrol (汽油) and not soy sauce (酱油), clean the car, and wave goodbye to the customer with a smile. Lucas was lost at times but Xavier helped guide his little brother on what to do. 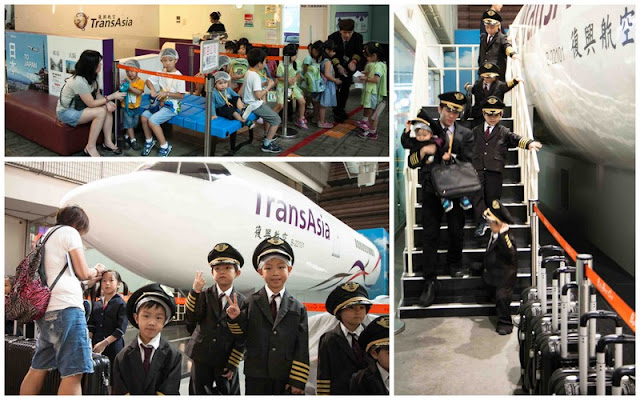 The next job was a popular one, being a pilot! The boys got dressed in captain’s uniform and process to fly the plane. We could see their activities in the plane as they installed a camera inside and its shown on a big TV just outside the mock up plane. There was another group of students from the local preschool who played the role of stewards and stewardess, serving their teachers and parents (who acted as passengers). So fun. 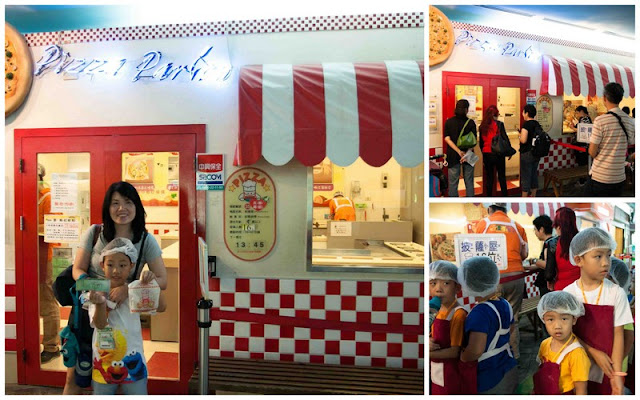 Having earned some BB currency, the boys used some of it to enter the Pizza-Making class. This class requires them to pay for the pizza materials with the currency they earned from the earlier jobs. 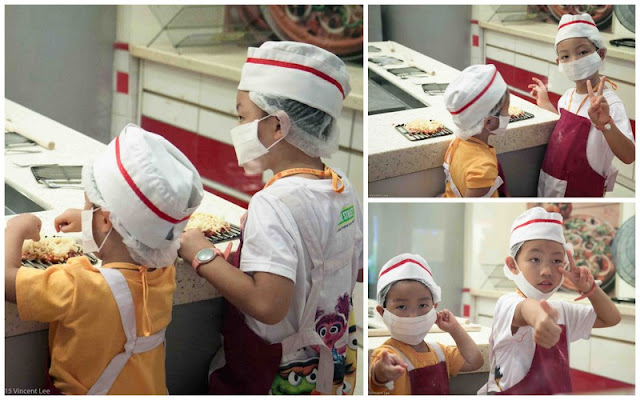 The instructors got the boys to wash their hands, roll the dough, spread the tomato sauce base, load it up with the ingredients and the pizza was ready to go to the oven. The boys were happy with the pizzas they made and they became part of their lunch. 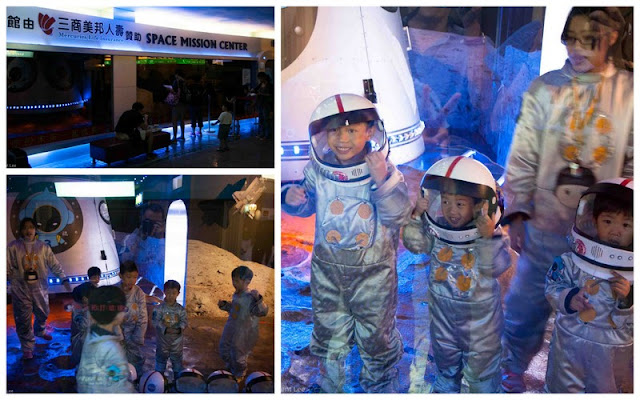 After filling their little stomachs, it was time to head to outer space as the boys become astronauts. The space suits looks awesome. The oversized helmet looked comical on Lucas though. 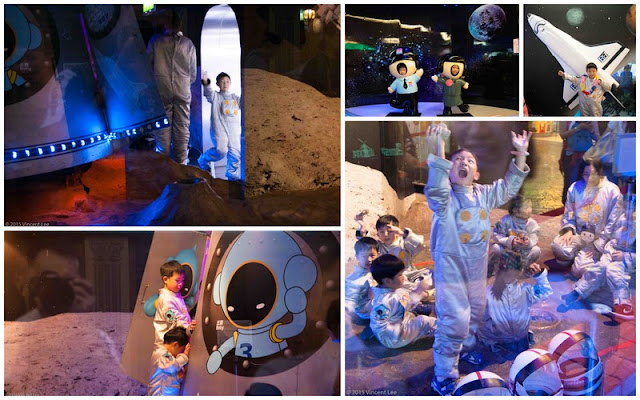 Xavier got dramatically excited when he found the rock sample. A little wave, a little rumbling in the spaceship and soon they were back on earth from their space mission. 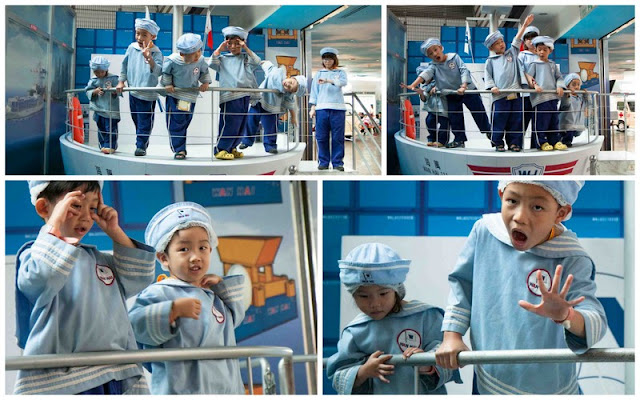 From Spaceship to Ship ship, the boys don on sailor clothes as they try their hands on loading the containers onto the ships. 周杰伦水手怕水 came to my mind when I taking taking those pictures. 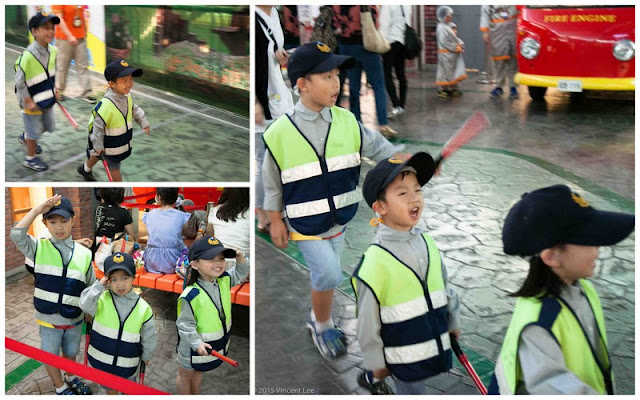 The next job they took on was Police. BB seem to have two different Police jobs for different days and today was Traffic Police. And the boys got to march around the park shouting slogans and directing traffic. 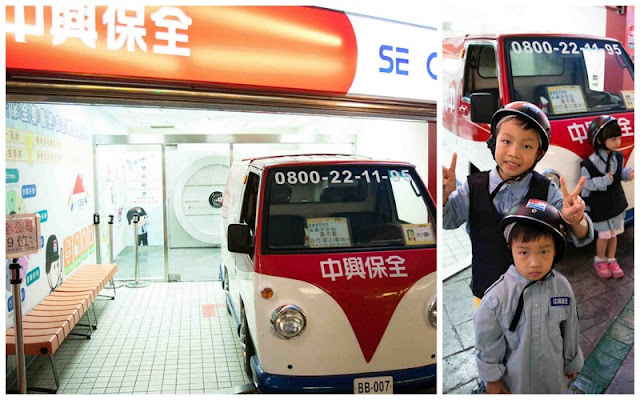 The next two jobs are interesting as they involved getting a ride on a vehicle. The first was as a Security Guard. I went for a short walk outside the park so I do not really know what went on here. Ha. 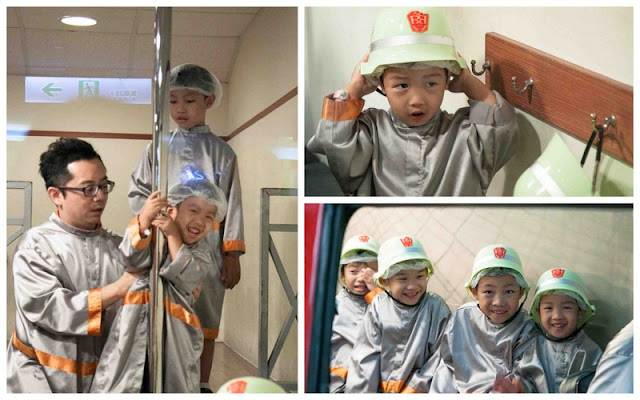 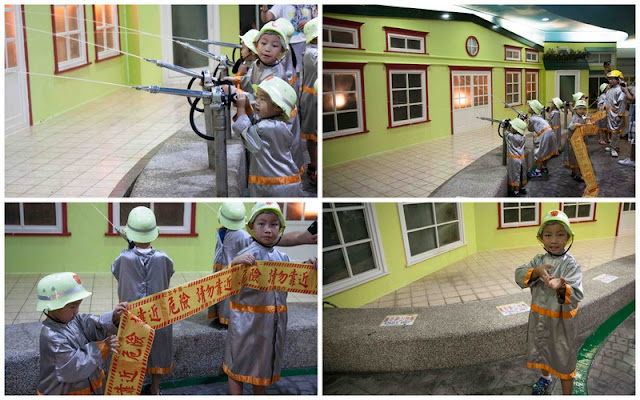 But I was there when they were playing Firefighters. This is a also a hot favourite hot here as it involves sliding down the Firestation pole, riding in the Fire Engine to the fire scene and putting out the fire with real water. 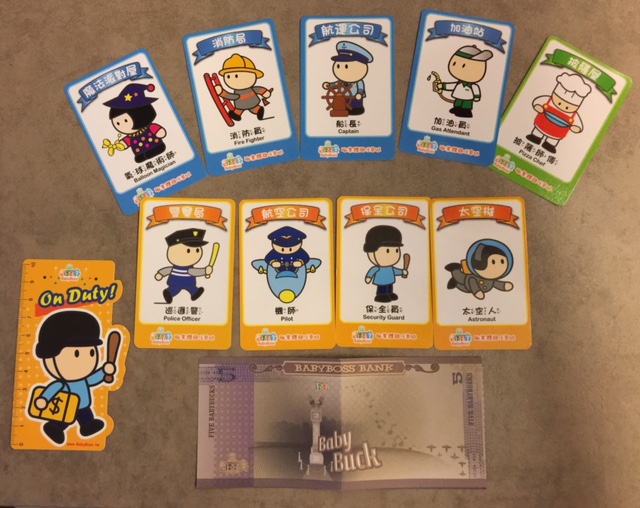 So after each job, the boys get a card stating the job they completed. I didn’t mention about the Balloon Magician as I thought that is one of the job you can skip. Its not meant for young kids and the older kids may not learn much as the instructor would be busy handling the young kids.

The BB currency can be exchange for small gifts at the end of the day, like that ruler on the bottom left. Of course as a theme park, they have season pass and encourage children to come again. Hence the currency can be “deposited” into their BB Bank, earn interest and be combined with the children’s earnings in future to exchange for bigger items.

Please cater a full day at least for Baby Boss. We only did maybe about 25% of the all jobs they had to offer.

We went to meet my parents at Rouhe Night Market for more yummy food. 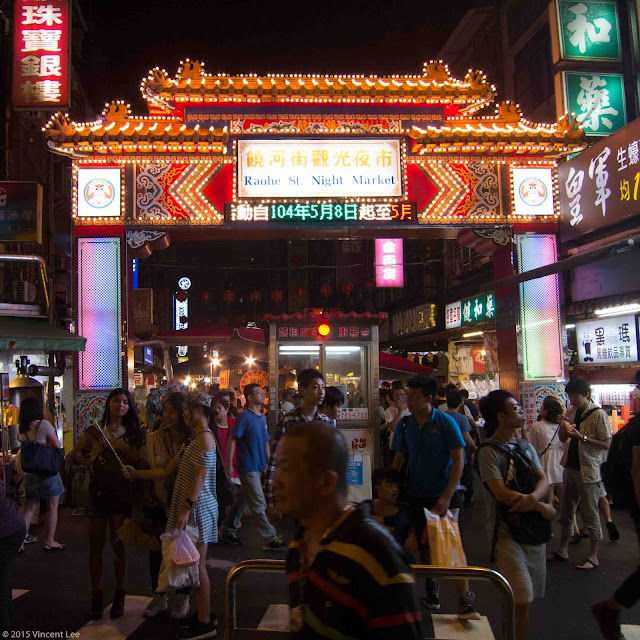 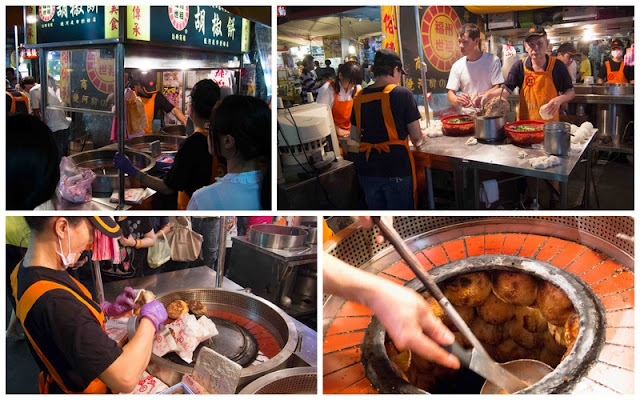 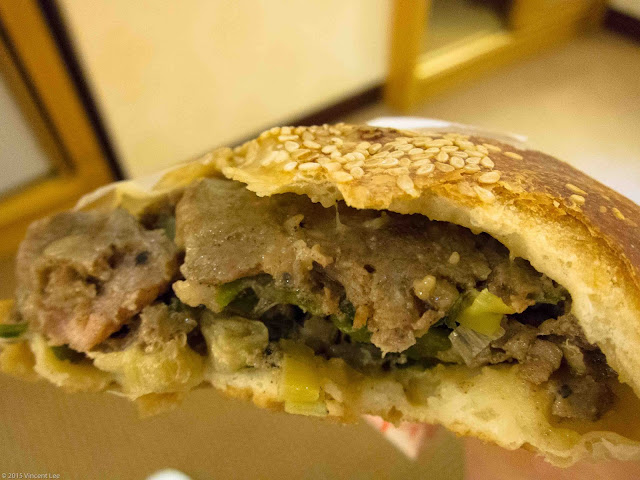 So what is the must try at Rouhe Night Market? It had got to be 福州世祖胡椒饼 Pork Pepper Bun. The filling is so juicy, so soild, so meaty, it makes me so hungry now just blogging about it. My mum bought extra for us to tabao back to the hotel even. The queue will be super long, but it will be worth it. Not to be missed. 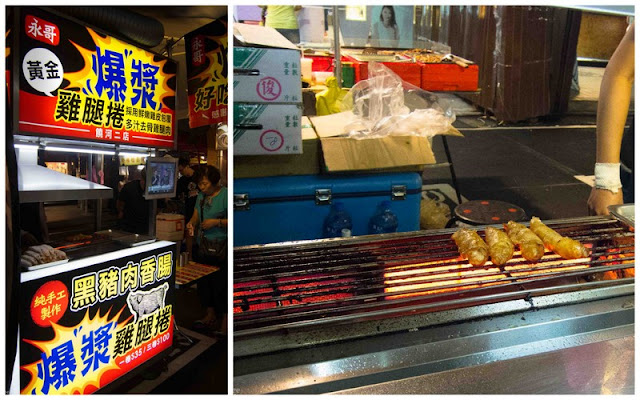 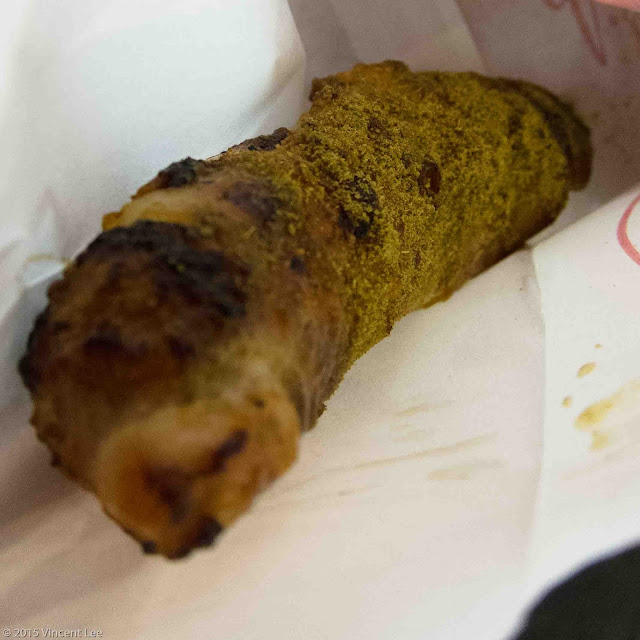 And I cannot get enough of the black boar sausages. The meat is just so firm yet juicy. This stall had like 9 different powder flavors for you to add to it. I chose the lemongrass powder (I think), was yummy. 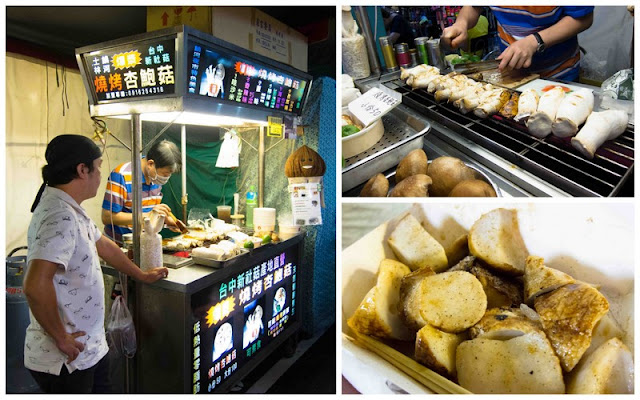 This stall selling gilled giant mushrooms caught our eyes too. As the boys are not into the spicy peppery buns, we got them these to try. Those giant shrooms are so delicious and taste like sausages actually. They too have different flavor powders you can choose to add to them. 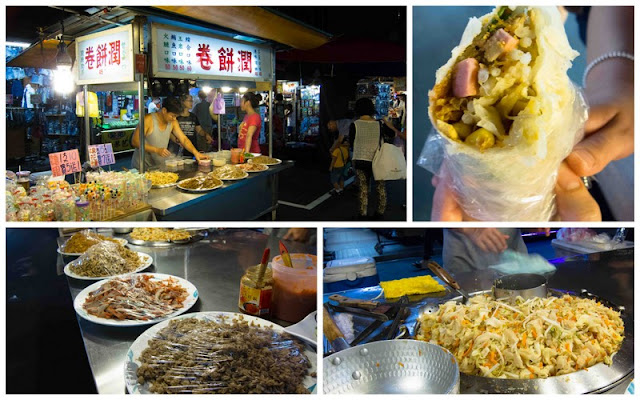 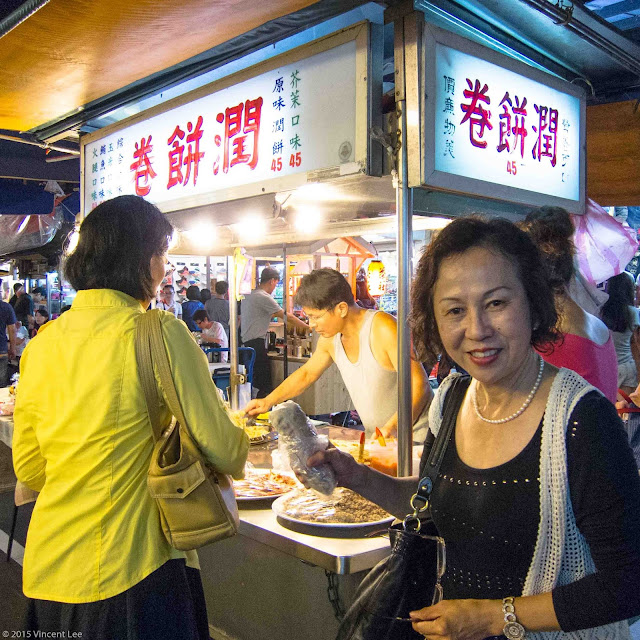 Popiah, something our family loved. This stall had so much fillings and different ingrediates in their popiah, we couldn’t get enough.

It started to rain when we were halfway through and we decided to head back to the hotel for an early night as tomorrow, we will need to be up early to check out of Cosmo hotel and head to Flying Cow Ranch.