The next day, driver Wu pick us up early for the next part of our trip. We will be leaving Taipei and going to Cingjing Farm enroute to Flying Cow Ranch in Miaoli.

Its a pretty long drive, about four hours to reach Cingjing Farm. It was long and winding as Mr. Wu’s VW Transporter T5 climbs the hills confidently. We had lunch near Cingjing at a place call I Na Ko Restuaurant (伊拿谷). The view from this restaurant is simply breath-taking. 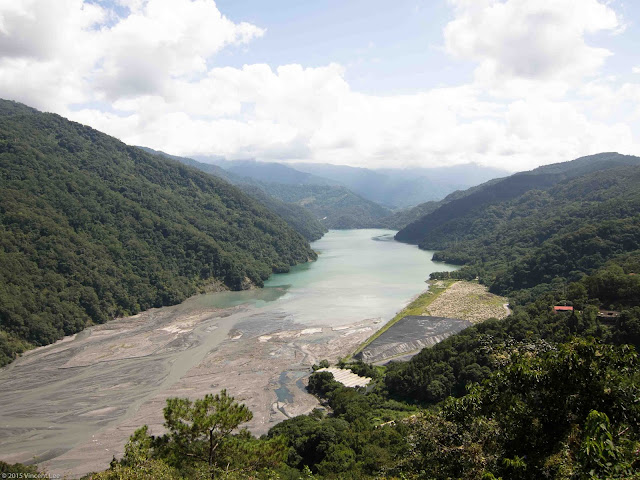 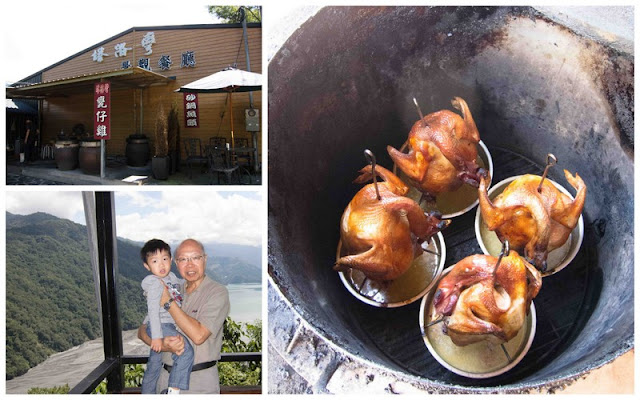 We saw these huge clay jars just outside the restaurant and were curious what it was. Turns out its roasted chickens, set in a up-right position, with all the chicken essence/fats dripping to the bottom. Looks so good, we have to order it to try. 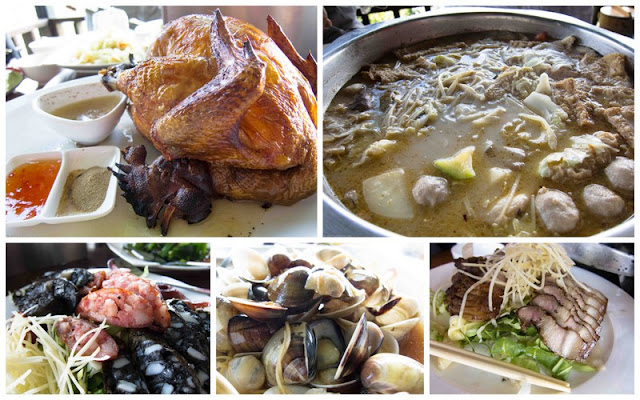 The roast chicken is served with salt and spices and chili sauce, very crispy, very additive. The black sausage is actually squid meat made with squid ink. Its a refreshing dish and I love it. The clams, the roast pork and the steamboat of goodies, all round up a great lunch.

After filling our tummy, we head for the hills. Cingjing Farm is located on the hill top, 1,750 meters above sea level to be exact. That about similar to Genting Highlands. But instead of casino and hotel, you are greeted by free roaming sheep and endless rolling greenery. 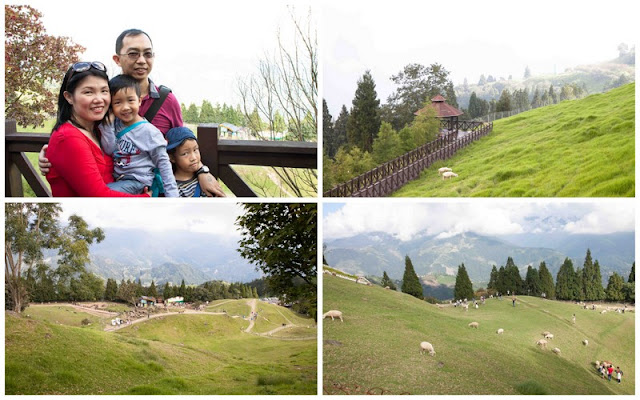 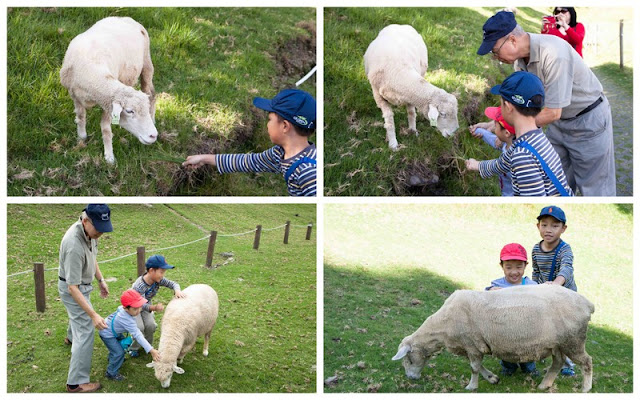 The boys were hesitant at first but it didn’t take long before they went around patting the sheep, feeling their fur and feeding them. 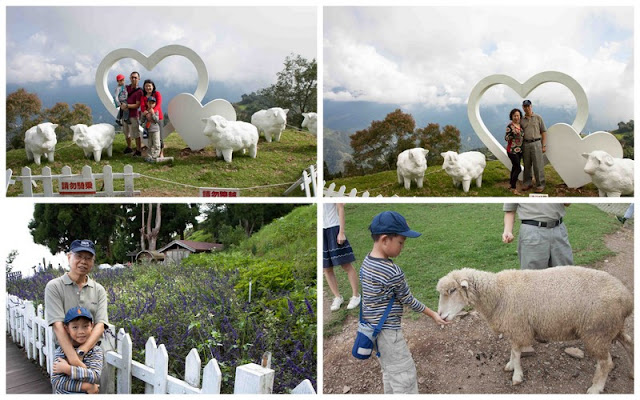 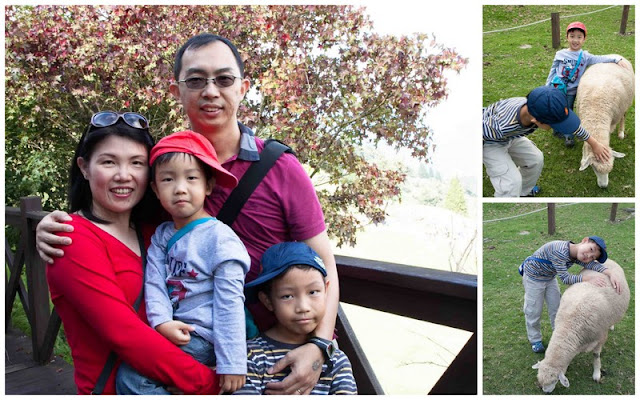 I suggest spending maybe four hours at Cingjing Farm. Slow down your pace, take in the greenery and have fun with the sheep. There is another part to it where the horses have performances but we didn’t manage to go as it was too rush for us. 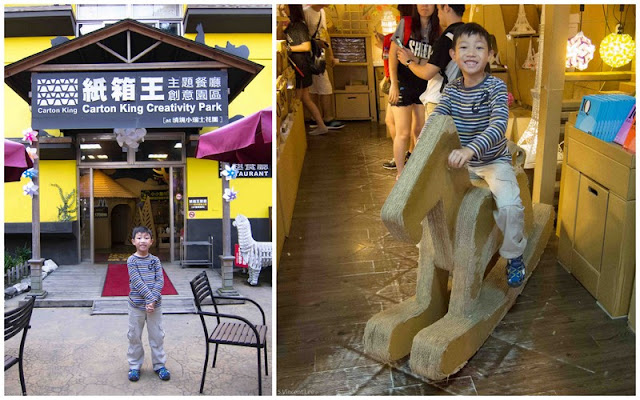 After Cingjing Farm, we set off towards Flying Cow Ranch. But not before stopping by Carton King Creativity Park. This place showcase everything that can be made with cardboard, including the giant rocking horse Xavier sit on. 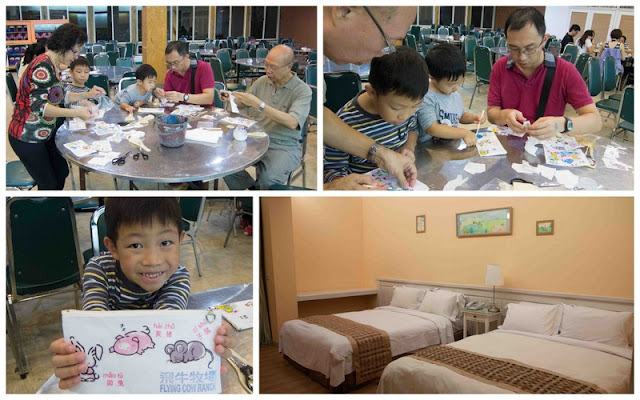 By the time we reach Flying Cow, the sun had set and it was dinner time. They have a night activity that starts at 8pm and as we wanted to be part if it, we practically wolf down our dinner and rushed to the activity hall. That night’s activity was making your own pencil case using patterns printed on tissue-thin paper. The whole family had fun cutting the patterns they like and putting them together to make their own unique pencil case.

The double king size bedroom we chose made sure there are plenty of space for the boys and us. These rooms seems bigger and newer than the accommodations closer to the restaurants and activity area.