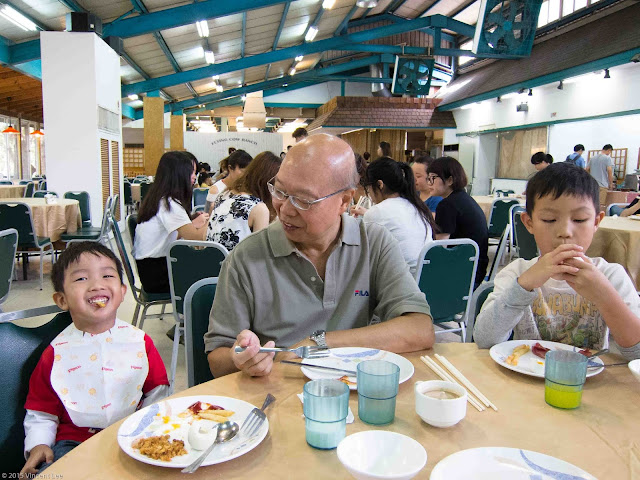 Today we start the day early with buffet breakfast at Flying Cow Ranch. Its quite a spread from Taiwanese porridge to sausage & bacon. The boys cannot enough of salted eggs. 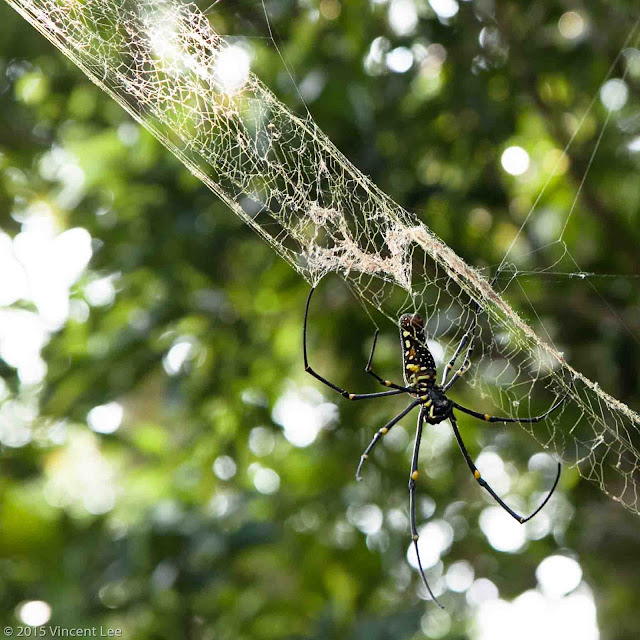 Flying Cow Ranch has 3 main activities that are free: Feeding milk to the calves, chasing ducks and milking the cow. The activities area is about 15 minutes walk from the dining area. So we took a stroll there. Spotted a number of big spiders on the way. 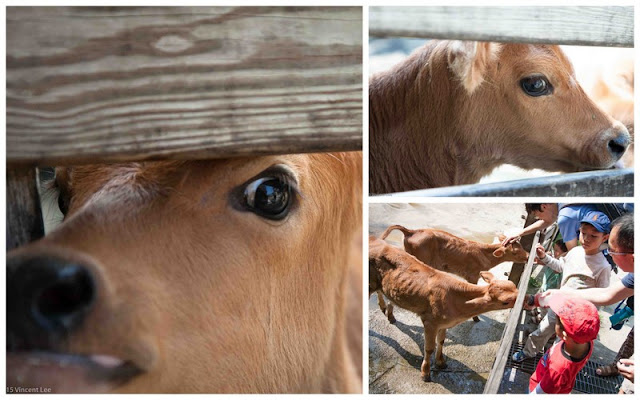 The first activity the boys did was feeding milk to the calves. You have to use two fingers to secure the cap as the calves sucks pretty hard. As there were not much people, the boys went feed the calves a second time. 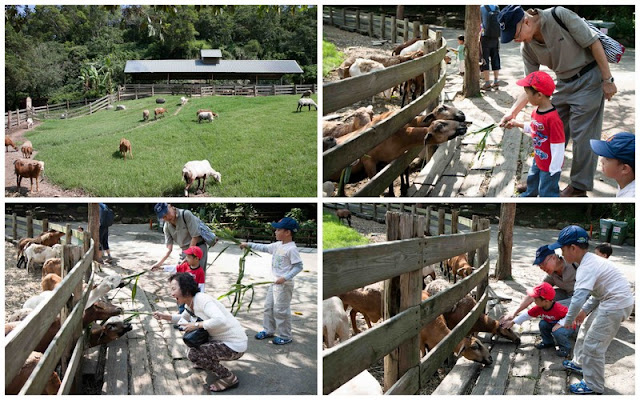 While waiting for the second activity, the boys tried their hands on feeding leaves to the goats. And boy do the goats pull hard. It felt like we were having a tug of war with the goats. 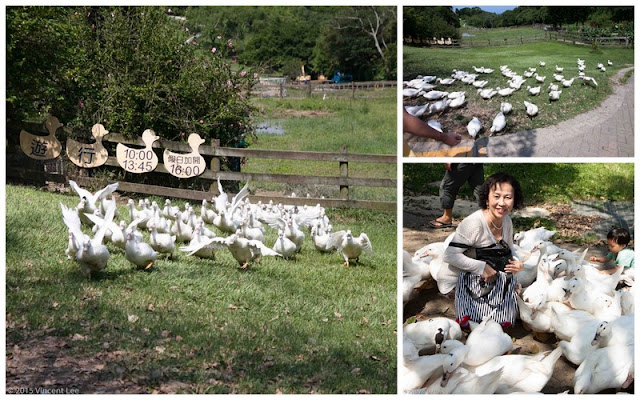 The second activity was feeding the ducks. These ducks respond to the bells which the staffs ring and would go to where the bells were. Their feather felt so smooth and soft. But be careful, they will not hesitant to peck your hand if you do not release the food. 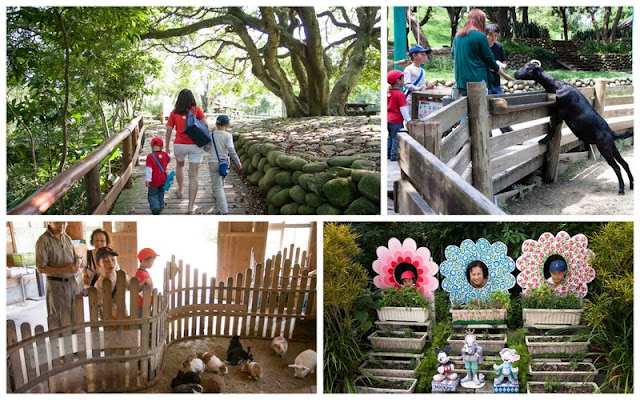 The final morning activity was about an hour later so we walked around the ranch and explore. They had a rabbit house with all kinds of different rabbits from around the world. The black goat looked like its about the leap out of the fence for some food. 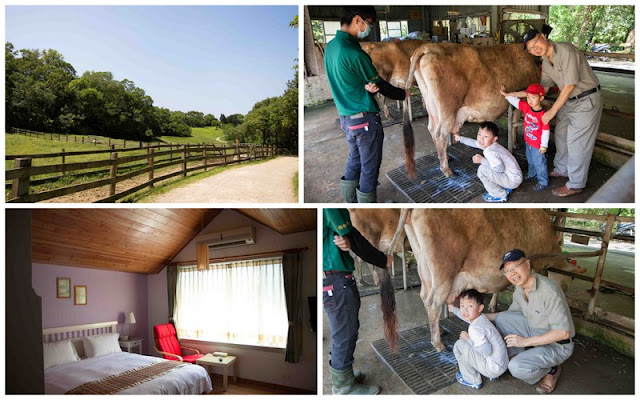 The last activity for the morning was milking the cows. Only Xavier had a go as Lucas was too young and could only help comfort the cow while Xavier milks. The staff also had to hold the tail as an “early warning system” in case the cow wants to do big business.

We had a slow stroll back to our rooms after that. The room my parent had was at the top floor and it looks so homely with the wooden ceiling. 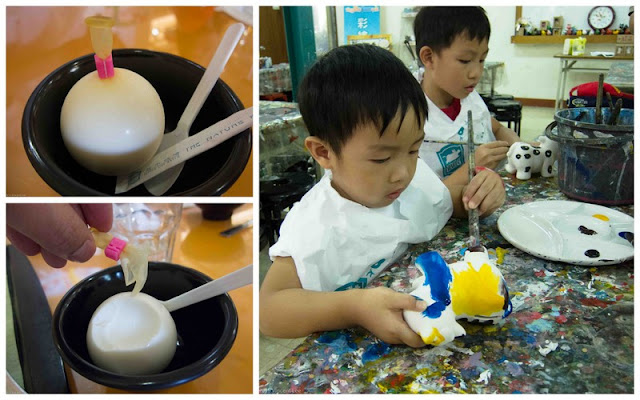 We had lunch at western food restaurant. The food was nothing to shout about but the dessert is pretty interesting. Its a milk pudding inside a mini balloon. What you do is poke it with a toothpick and the pudding is revealed. Fun. 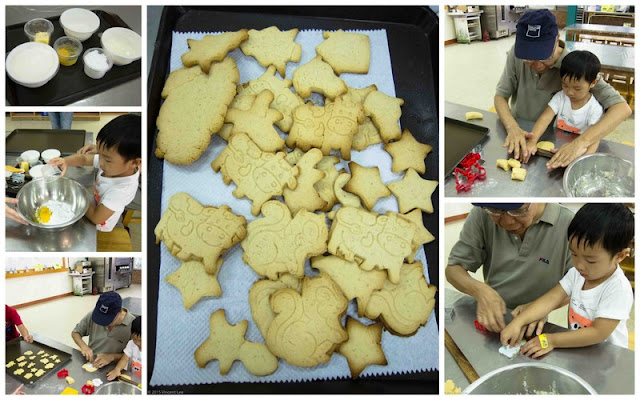 After that we had a family activity, making cookies. Looks simple but its pretty hard work, especially for the boys. At the end of it, eating the very cookie you make yourself taste so good. 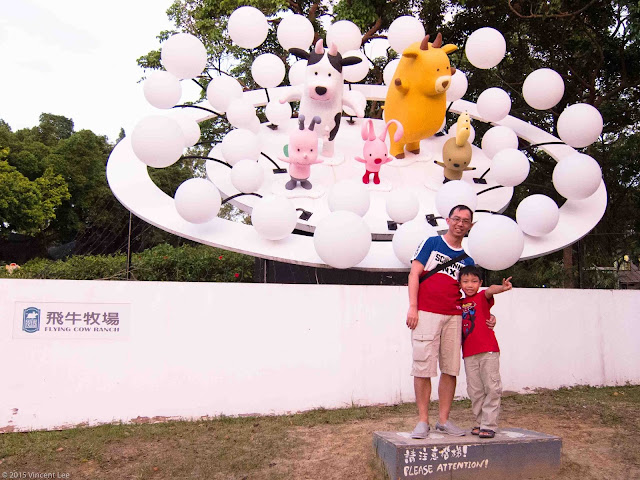 We took an evening photo before the sun sets. The night activity was the same as yesterday. But we still went for it and make a different pencil case.