Today marks the final day at Flying Cow Ranch. We had a quick breakfast and head for the three free morning activities again. But before that, some photo taking with the popping balloon dessert statue. 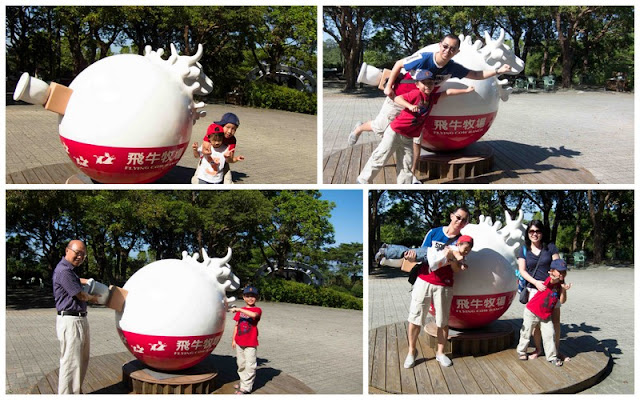 Spotting unusual insects with the boys on the way to the activities area makes fun bonding time. 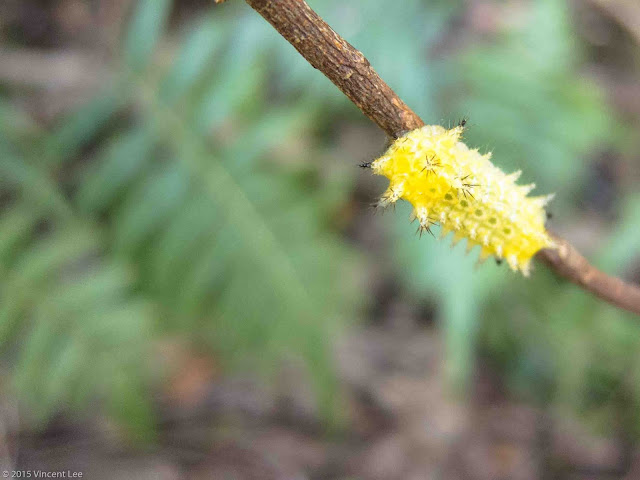 Fed the calves and fed the ducks again. Lucas got pecked by one of the ducks as he didn’t release the food fast enough. Must be quite a shock for that poor boy as he cried for some time while giving the ducks that anguish look. But nothing a cup of ice-cream can’t solve. 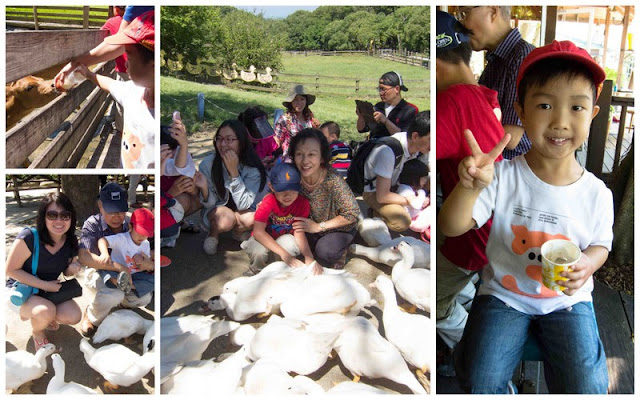 Driver Wu’s son came to pick us at about noon from Flying Cow and left for Taipei. He brought us to Taoyuan for lunch at one of the Hakka eatery. They have tang yuan in savoury broth and dumpling which taste so yummy. 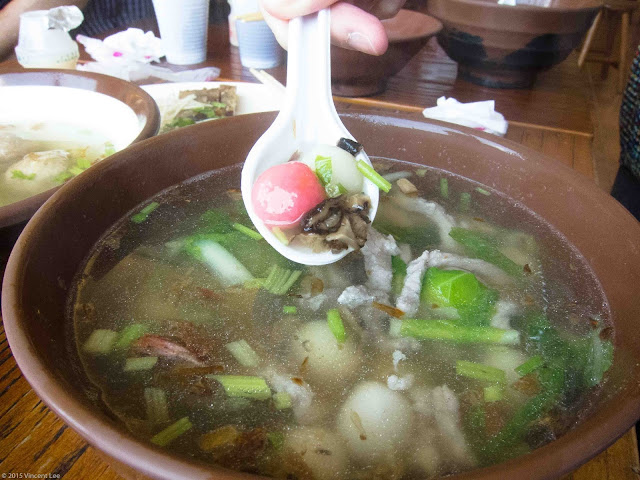 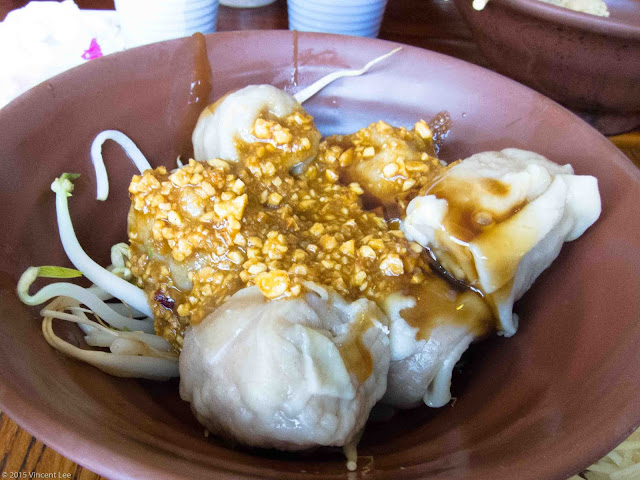 Back to Taipei, we stayed at Hotel Puri at Ximending. This is one of the highly rated for family with children. They have rooms with double queen beds. The hotel renovation is both new and modern. 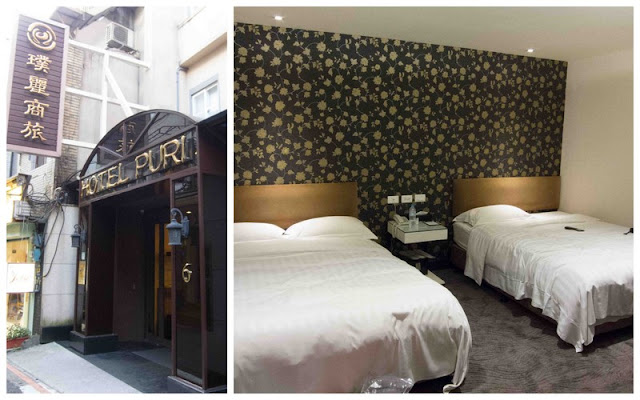 After a short rest, we make our way to Shilin Night Market. The last time I came here with Lilian, the night market was still on the streets. Now, its gone underground. 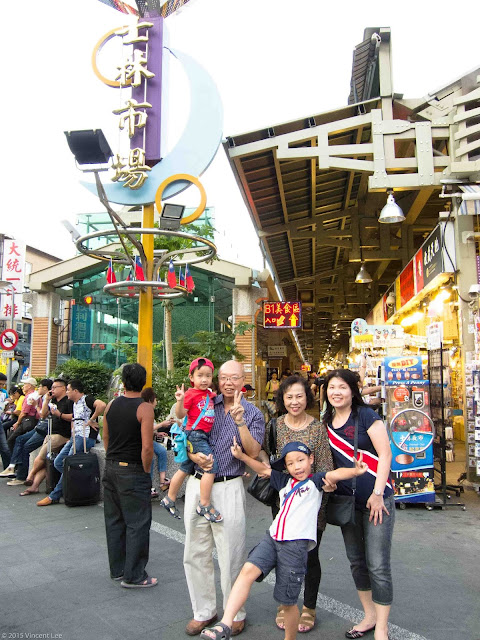 I cannot help but to get the black pork sausage again. This time, it’s HUGE. 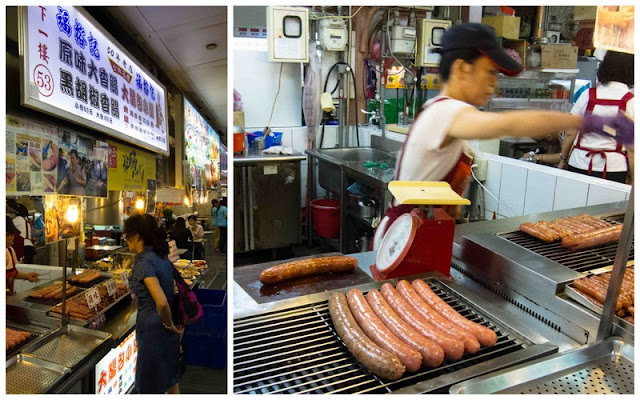 There was this stall cooking a huge pan of oyster omelette and there was a queue for it. We took it to mean its good so we helped ourselves to two plates too. 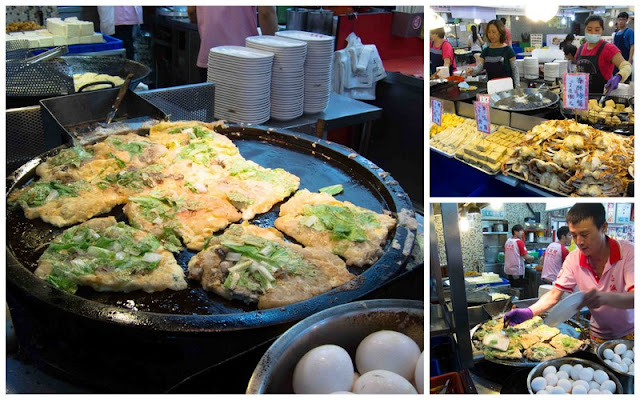 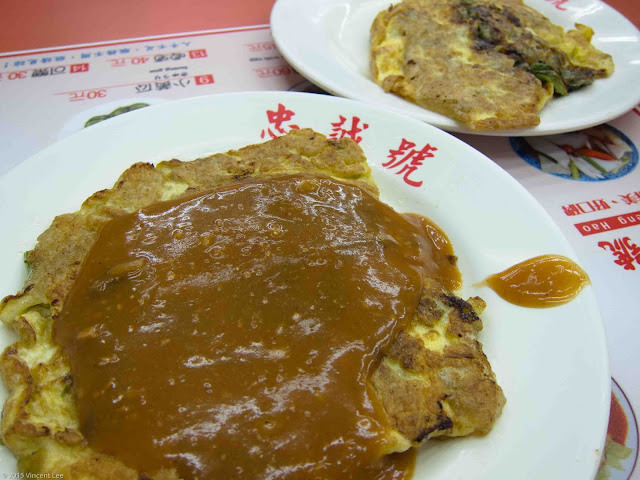 We explored the other stalls and found this interesting dish call Coffin Toast (官财板). Its basically a very thick toast with the center cut out and filled with different ingredients. This has got to be one of the nicest and most interesting street food on this trip. 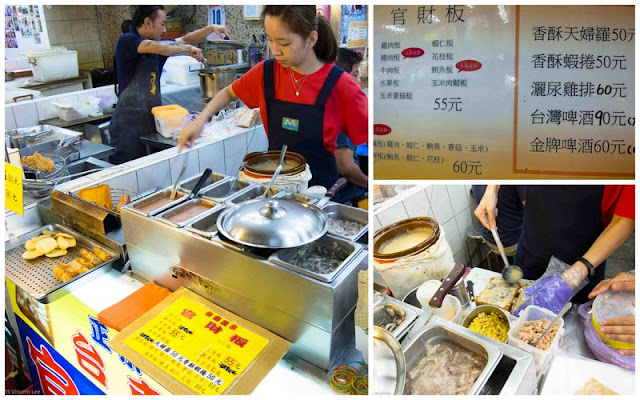 After all the fried and heaty food, time to cool it down with a glass of iced honey bitter-grout drink. The bitter-grout they used are white in colour. Very refreshing. 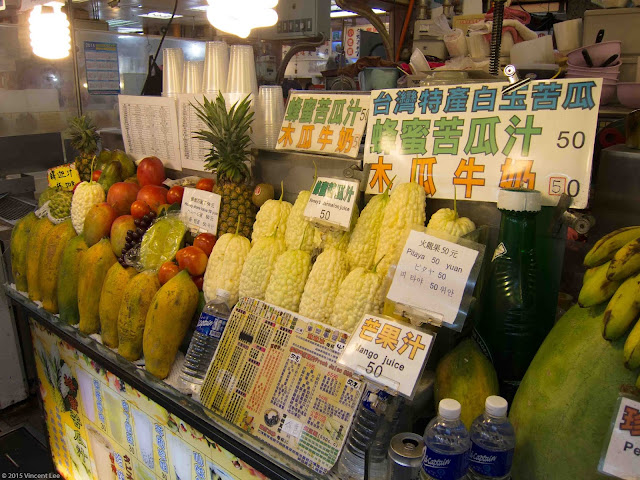 We took a walk around the ground level outside and there were more stall and restaurants. One of the restaurants that caught my attention was the BBQ Beef place. But we were too full to try it. We did settle for some more dessert along the way. 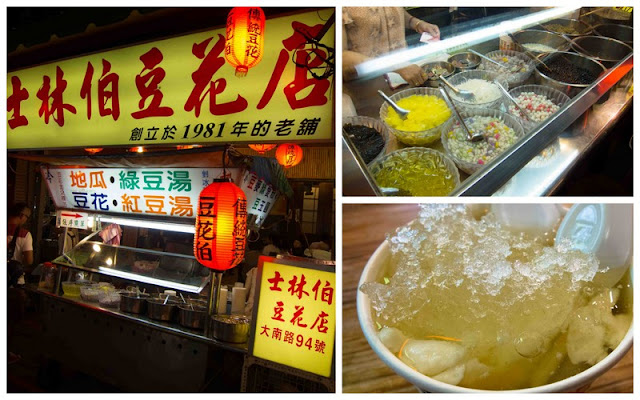 We call it a night after that. The next day we had some free time before our flight in the early afternoon. The boys kept talking to each other on the phone like they were separated for a long time. 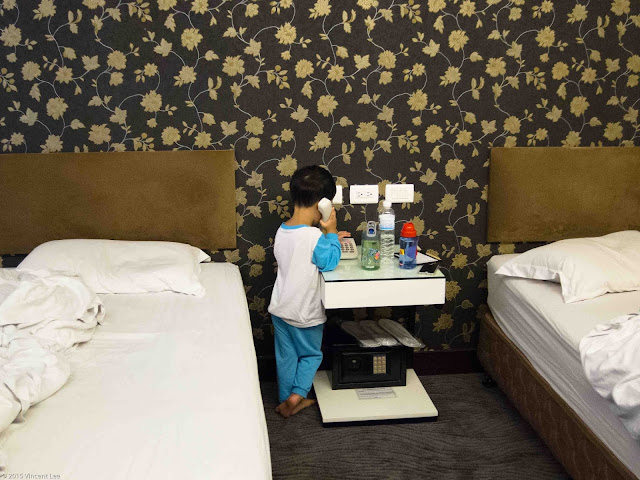 We walked around Ximending, enjoying the last few moments in Taipei. Came across this shaved icing shop. They make almond flavoured shaved ice that is so fine, it literally melts in your month. Just check out the photo below, so fine it looked like fur. 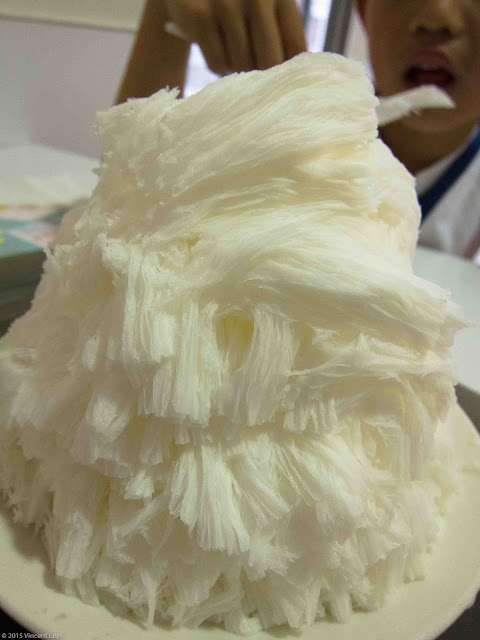 This end our first family overseas trip with my parents and the first time the boys took a plane. They sure enjoyed themselves on this trip as they were still be talking about it many moons later.