Xavier has been attending infant and childcare classes since he was five months old. Being almost two years old now, we see the merits of putting him in a good centre. Like today, we were watching TV in the living room and it was showing a programme with butterflies in it. I engaged Xavier by telling him that’s a butterfly. To my surprise he did the following:

Lilian and I didn’t teach him that so he probably learnt that from school. His school also recent gave us a file of his artwork that he does in class. There is a bear made from toilet roll cardboard, a caterpillar from egg carton, a sheep with shredded tissue and many others. Pretty interesting. 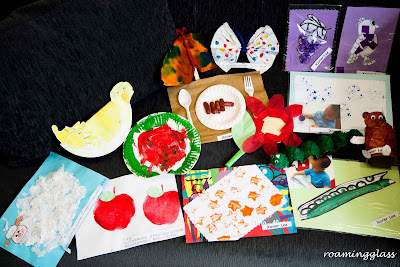 We also get constant positive remarks about how Xavier loves interacting with strangers (after some warm up), listens to instructions (at times), independent and generally well behaved (only in the presence of outsiders). Being in school parts a part and peer pressure also helps to bring them up the curve earlier. We are happy with Xavier’s progress so far.

But there is always a price to pay and being sick often tops the list. There were times when Xavier catches another bug before he recovers from his existing bug and we had thoughts of pulling him out school. Let’s hope this year Xavier is stronger and more resistant to sickness.