Yesterday was the practical aspect of the workshop. The plan was for me to shoot Xavier in Tomato Photo’s studio under Hart’s guidance. He showed me how he would engage Xavier and things to look out for when taking kids and babies photo. Seeing him in action, its just amazing how he does it so fast and made it look so easy.

Lilian was telling me that from her point of view, Hart is so quick. He catches Xavier’s attention and once Xavier is engaged, he lift up my camera and click, all in a single smooth motion. Compared to me, her exact words were “you are like a tortoise”. I engage Xavier and when I lift up my camera, aim, focus, recompose, and all ready to click, Xavier’s attention has wander elsewhere and I have missed my shot.

Anyway before I share what I have learned from the practical session, I just want to touch on the “There is a photo within a photo” pointer in my Part 1. What I meant to say was, for every photo taken there are many other angles to take the same photo. You are try a high view, a low view looking up, slated view, etc. I did not meant to say you can just anyhow take a wide angle photo in high resolution and then intentionally crop them later. There are two kinds of people who can produce very good photos, a good photographer who does most of his work on the camera and minimum during pp (post processing) or photoshop gurus who does most of their work during pp. I am trying to be a good photographer hence I want to learn how to do stuff in the camera and spend less time doing pp.

So what have I learnt from the session?
– Keep things simple
The simpler things are, the better. Simple clothing (without distracting graphic or patterns), simple props (or no props), simple background.

Also, knowing how I want my end result to look would also making it easier as that would help me determind where I want my subject to position, when should be the moment I click, etc.

– Don’t worry about missing the shot for Xavier
This is indirectly linked to the previous point. Sometimes I become so absorbed in not wanting to miss that shot of Xavier that I focus on him and neglect the surrounding (like tunnel vision). The end result is a snapshot instead of a photo. Hart say Xavier is always there so no need to worry about missing “that” shot.

– Equipment is only a tool
Hart doesn’t use a Canon SLR but he takes better photos using my camera that me. Its amazing how he could get so many sharp shots. He said he has been asked before and he unconsciously move his body to get a sharp photo after the camera locks focus. This is one of the stuff that comes with experience I guess. So your gear is just a tool and with skill, you can take great photos with just about any camera.

– Always keep the little ones engaged. Keep talking even if you are behind the camera

– Kid’s attention span is short, when he is “in the mood”, take as many shot as possible. Do not drag the session too long.
Xavier was happy to be shot (after warming up to the studio environment) but it didn’t last long before he became hungry and wanted his feed. If possible, try to shoot them 30 mins after they wake up.

– The subject looks most natural when they are doing their own stuff or in their own world
Scott Kelby mentioned in his book before, the first step to getting better photos is to stop saying “Cheese!” or “Smile for the camera”. When people are not posing (unless they are super models) they usually looked their best.

– Take multiple shots of a direction before moving on
When we have decided to take the photo from a certain direction, take as many shots in different angle, different focus length and different “views” before moving to the next direction. This helps to save time and hassle of changing the camera settings, since shots from the same direction should not differ much in settings.

There are much more things covered but that’s all I can recall now. That’s the trouble with not writing down notes when I should have. Below are some photos shots yesterday. There are more at my Flickr. Enjoy. 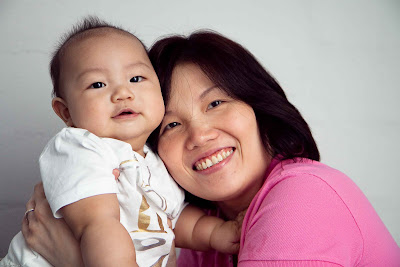 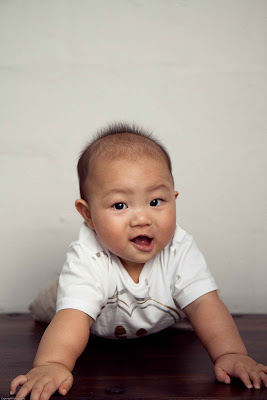 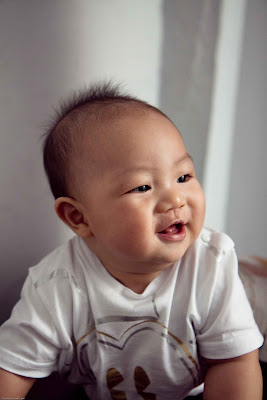 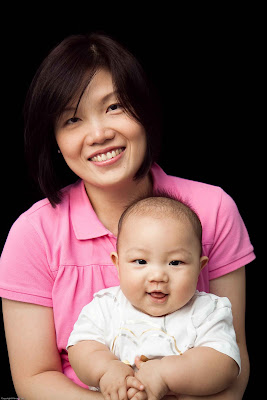 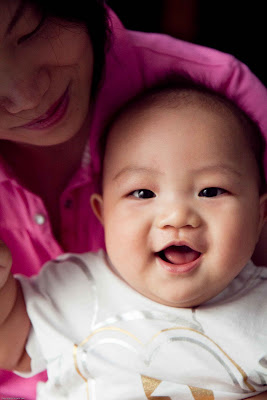 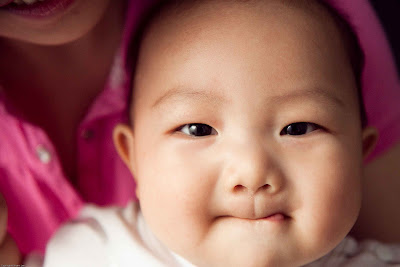