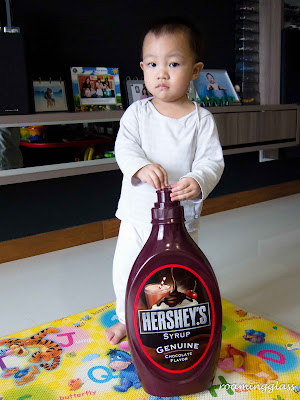 Xavier is gonna be two years old (or “two old” as Xavier would say) next month. Just a little update for 23rd month.

He has a mind of his own now and he wants a say in his life, from the kind of food he wants to eat, to which colour matching clothes to wear, even down to which animal cartoon is on his diaper?!?!

He still doesn’t like to cut his hair at the normal malay barber (like Sri Nada), preferring Junior League which shows his favourite cartoon while he gets his haircut. Bad news for us cos the latter cost more than double. 🙁

He has a liking for books which is great. He would ask for one of his books to be read before his last milk feed. Lilian also recites ABC and 123 with him and he is able to repeat after her pretty well. He also loves to dance to and “sing” Jingle Bells, Twinkle Little Star and Itsy Bitsy Spider, though I’m trying to think of a CNY song to teach him. 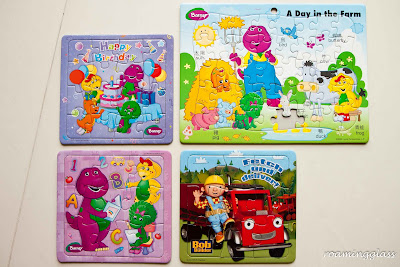 My mum also started Xavier on a Barney jigsaw puzzle recently and surprisingly, he enjoys it. He is able to put the simple puzzle together on his own, then flip it all out and start again. To date he has 4 jigsaws. But most of the time he do not have the patience to complete it before moving to another toy.

He absolutely hates brushing his front teeth. Whenever we finish the back teeth and wanna brush his front teeth, he would shun away and shut his mouth, much to our frustration.

He can open doors and climb onto our bed on his own now. He is also able to eat on his own, although it usually ends in a mess. His favourite food includes mushroom, cheese pancake and raisins. 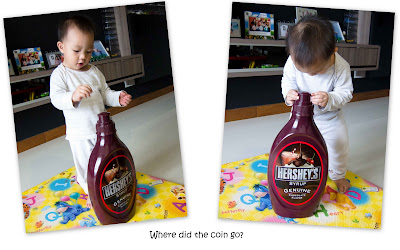 We also started him on the concept of savings and to put all SGD1 coins into the giant Hershey’s bottle. But to him now, its just getting coin from daddy and mummy, putting them into the bottle and peeping through the hole so see where it went to.