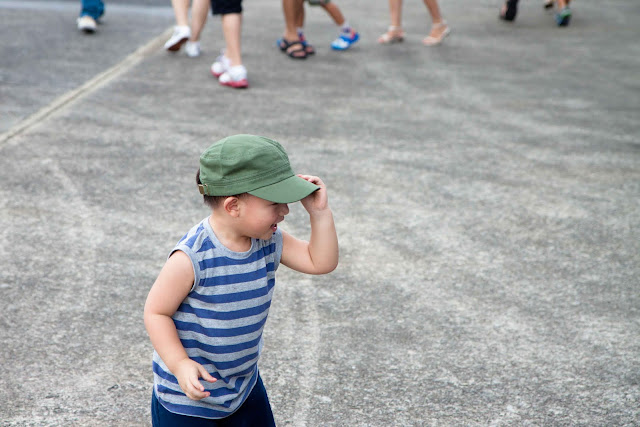 This month is gonna mark a big change to Xavier’s (and our) life as Xavier is gonna be promoted to Big Brother soon. He now stands at 97cm and weights 16.7kg.

We recently attended the LV’s Parents and Teacher Conference where his form teacher and Chinese teacher updates us on Xavier’s progress and development and what he has been up to in school. We were pleased with the positive comments. The teachers describe him as enthusiastic, fun-loving, a big brother his classmates, helpful and able to say complete sentences.

He does have his temper when he do not get his way (which I blame it on genes) and he gets excited very easily and would unintentionally harass his friends when he does that. We also need to speak and expose more Chinese to him. He usually replies in English to his Chinese teacher and his Mandarin has “kang-tang”  slang.

His form teacher discussed in details something she finds surprising about Xavier, that he seems to exhibit independent thinking. They had an activity where they have to piece the eyes, nose and mouth onto a face. The teacher demonstrated once where she starts from the eyes, followed by the nose and lastly the mouth. Xavier’s classmate was next and she repeated the steps.

But when its Xavier’s turn, he started with the mouth first, followed by the nose then the eyes. He seems to be able to picture the final goal and reach it by his own thinking, strategy and method. I found that interesting and began observing him a lot more nowadays.

Just the other day, he played with his numbers during his shower time where he would stick the numbers on the wall. And he did something I didn’t think of before, stacking two numbers together and lining them up.

Just Friday I attended a children and newbie photography talk by Hart form Tomato Photo and one of his slide was that children are unpredictable. I couldn’t agree more. We often heard of the saying “To think out of the box”. I think kids are born with a blank canvas, they have no box to start with. Probably how big their canvas is is determined by genes and represents their full potential. To them, almost anything is possible. The box or boundaries on the canvas represents restrictions they have to work within and are due to our own values, social, political, financial and moral limitations.

Parenting tip: Often we are the ones who draw their box. We tell them dun do this, dun go there, dun climb, dun draw on the wall, stop running, stop lie down… etc. Sometimes it out of conveniences for us (I’m guilty of that) and unknowingly, we have draw a line or boundary on their canvas. Going forward I’m gonna let him explore more freely, as long as he is not endangering himself or others.