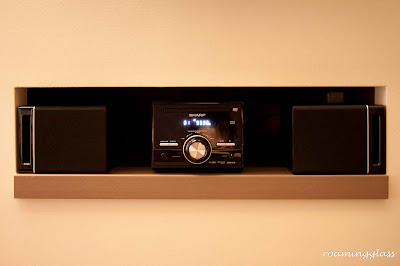 Our previous Mini Compo in the bedroom decides to stop playing Xavier’s Barney and Thomas the Train DVDs and retire permanently. Due to the space constraint of the slot where the Mini Compo is to be placed, my replacements were narrowed to two models, Philips MCD122/98 or Sharp XL-DV75HMKII.

How do we decide which model to get? We get Xavier involved of course, since the system is going to be playing his DVDs most of the time. What we did was we got Xavier to dance when we try out the sound of the two systems and let his dancing decides which to get.

Just joking. We picked the Sharp system as the sound was heaps better. But his impromptu dance just made our day. BTW anyone knows the name of the Mambo song playing?