I was really amazed by Xavier on Friday when he tried to put one of the fan blades into his mouth. He had tore the fan blade right off the fan which we usually clipped on the stroller hood above him. Just the other day, he pulled the whole fan out from the motor, again attempting to put in into his mouth.

Below you can see the damage he has done to the yellow/blue fan. The morale of the story, buy more spare fans. 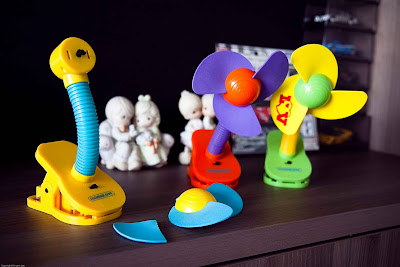 A check on the “CCTV” would review that he is not afraid of the fan. In fact, he finds it fun to stop the spinning fan with his fingers. 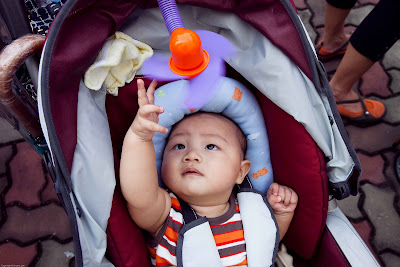 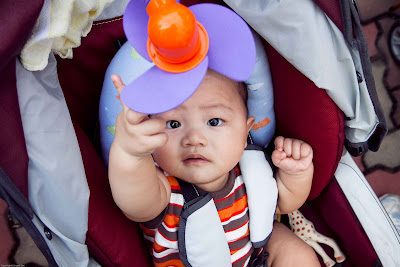 I no longer could clip the fan onto the stroller hood. Instead, I have to hold on to the fans while pushing his stroller so that the fan still blows at him but its out of his reach. Lilian just laughed at me. Xavier would not give up and would still attempt to touch the fan still.