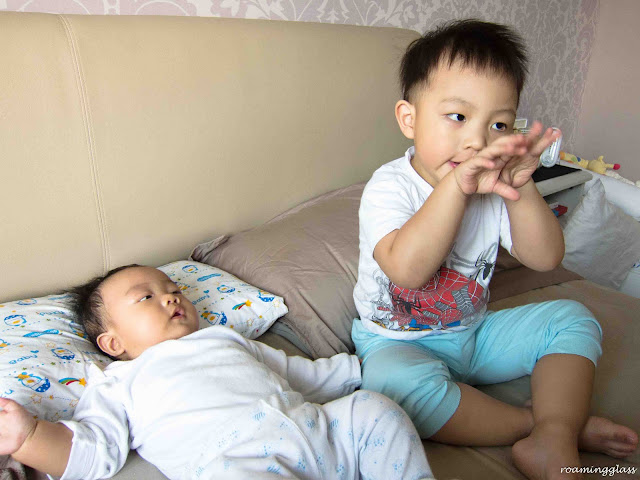 Xavier’s teacher told Lilian that Xavier been out of sort recently. And he has several disturbing incidents with his classmates (where he was the aggressor) and he is not as cheery and bubbling as before.

Lilian and I notice it too and we think he is more attention seeking since Lucas came along. He is not having those ill-jealousy towards Lucas where he would try to hurt his little brother but he has been noticeably more attention seeking.
Many a times he would do silly and meaningless things just for the sake of getting our attention. And with a difficult infant like Lucas on hand, we were alot less patience and forgiving to Xavier’s silly behaviours. Thinking back, maybe we were a little to harsh on him. And that could have led to his recent behaviours in school.
So we are gonna be more mindful now on and be extra patience and forgiving to Xavier. Let’s see if we can turn this around and bring back bubbly Xavier again. Hope Lilian and I can stay sane at the same time…