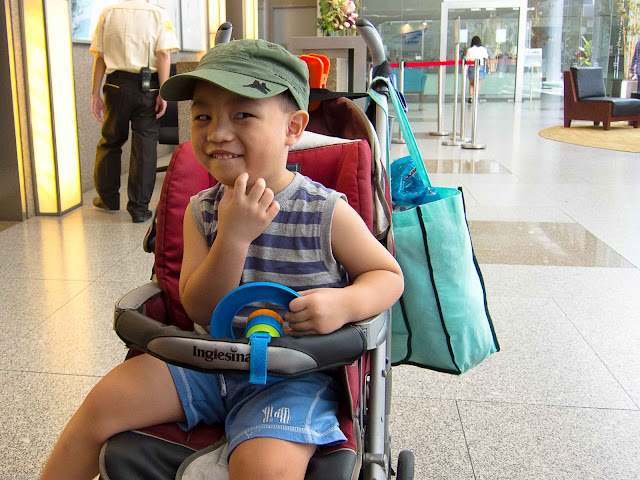 Xavier turns 3 and he suddenly becomes very talkative, coming up with his own stories and songs every now and then. Its like his “talk” button is always pressed and boy can he really talk. 我们快给他烦死了.

Lilian did point out the irony part. When he grows older, the tables will turn and he would be the one finding us naggy. 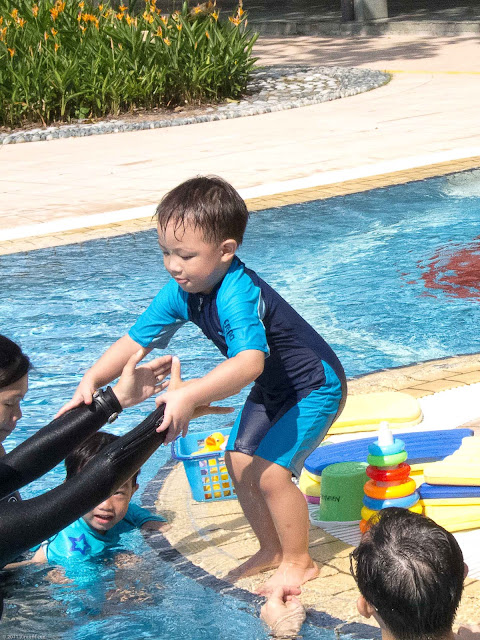 We stopped his swimming class as he don’t seem to be ready yet. He’s having fun in the water but to take instructions and learn strokes is a different level altogether. Will probably revisit that when he is older.

Xavier is able to change lyrics of songs to his own version and we were surprised by him. We started him on music class and so far he seem to be enjoying it more. Let’s see how long he can stay interested.

Below are two videos of him trying to tell a bedtime story I read to him quite often and singing a Chinese song he learnt in school.