FINALLY! Xavier decides in fine Sunday morning that he wants to poo into his potty.

You have no idea what we have been doing to make him poo into his potty instead of his diaper. No amount of praising, persuasion, nagging, scolding, enticing, threatening, bribing, rewarding were successful in getting him to do it in his potty. The stakes got so high that rewards for doing it in his potty were 1) Lightning McQueen mini remote control car, 2) Thomas the Train motorized set (from Auntie Lucy), 3) Lego Duplo penguin set. Still no results.

Not until Sunday 18th March 2012. I was doing my usual big business in the morning when Xavier came knocking on the toilet door asking what was I doing. Told him that I’m pooing. Then he ask me to open my door as he wants to poo in the toilet too. I then told him I will open the door but he has to poo in his potty, and to my surprise, he agreed. 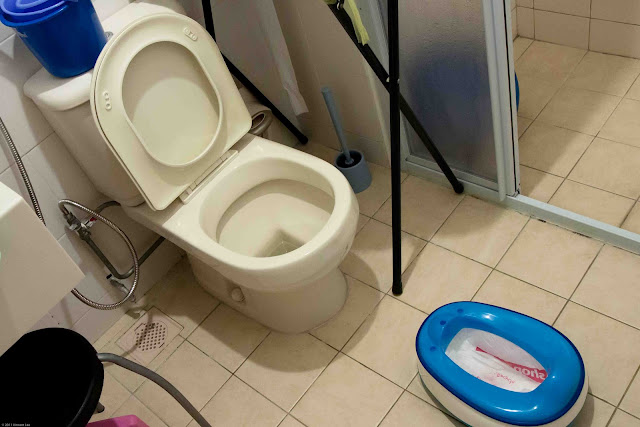 I was not really expecting results as he had done this before and would just stand up in less than 1 minute and say he is done, that he has got no poo. But this time he really pooed. Maybe it was because he saw me doing my business and wanted to copy me.

As for the rewards, oh his memory is good. He remembers and asked for all three rewards. Will space them out and tell him he would get the other 2 rewards when he poo into his potty the next two times.

Let’s hope he keeps at it and help save us some diaper money. Ha.