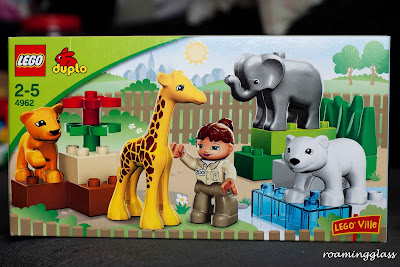 I had heaps of fun with Lego when I was a kid, building, dismantling, building again. I remembered once when I got 1st in class for Maths in Primary 4 or 5 and I got my Mum to buy me this huge Lego castle for $80. $80 then was a lot of money. But I loved it to death, as you could open up the sides to form a long wall and the castle gate had to be open with pull strings.

Naturally, I wanted to start Xavier with a Lego set too, so he could have as much fun as I had. So June this year I got him the baby zoo set as I thought he could identify with the animals and would be able to role play. But it was too early for him and he didn’t show much interest in it. So I decided to mimic the setup on the box just to take some photos. 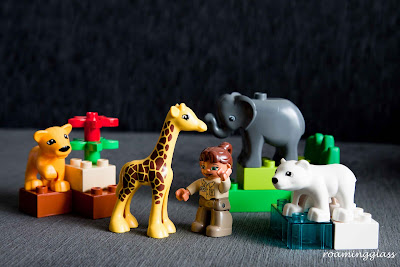 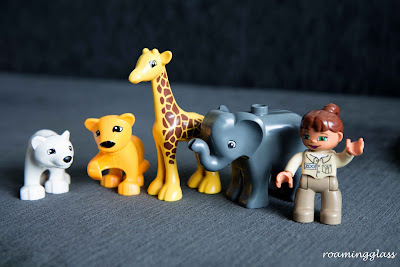 It had 4 baby animals (elephant, giraffe, polar bear and lion) and they all look really cute. But I had to shelf it till recently, after two zoo trips, before he wants to play and have fun with it. Just last month, he started to play with toys by lining toys up or stacking them up. And he found the only way to stack up lego blocks is to fix them together. 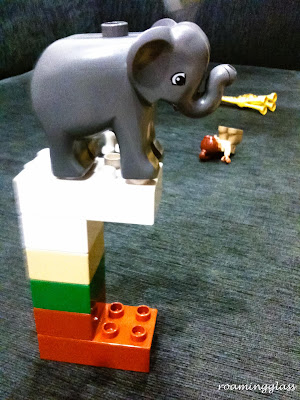 He did this just tonight (well not entirely. He had the two bigger blocks on top and it couldn’t stand so I show him by putting one of the bigger blocks as base, the structure could stand on its own). He wanted to make the Elephant taller than the Giraffe. These are his two favourite animals at the moment, out of the four animals in the set.

Updated on 02Nov10:
Two videos of him lost in his world of Lego tonight…