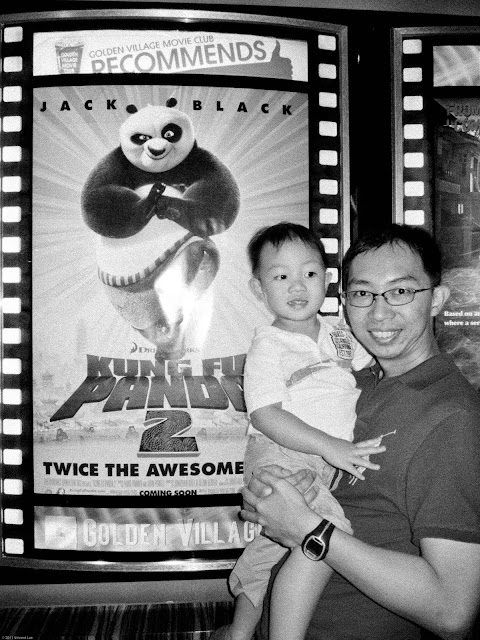 One of the parent of Xavier’s schoolmate, Oliver, proposed a Kungfu Panda 2 movie outing for the boys when the movie opens. I thought it would be fun for Xavier so I showed him a trailer of the movie.

Well somehow it backfired as the staring part freaked Xavier out. For the next 2 weeks, whenever the TV was showing the Kungfu Panda 2 movie advertisement, he would run and hide behind my back, shivering in fear. It took me quite a while to change his impression of Bo (the Dragon Warrior) and I did it just before we were to watch the movie. He went from super scare to super like.

As Lilian wants to rest at home, Xavier and I had a boys’ movie day. We took MRT to Plaza Singapura and it was also Xavier’s first MRT ride. MacDonald were smart to cash in on the Kungfu Panda craze and boys were happily going to the movie with action figurines in their hands. 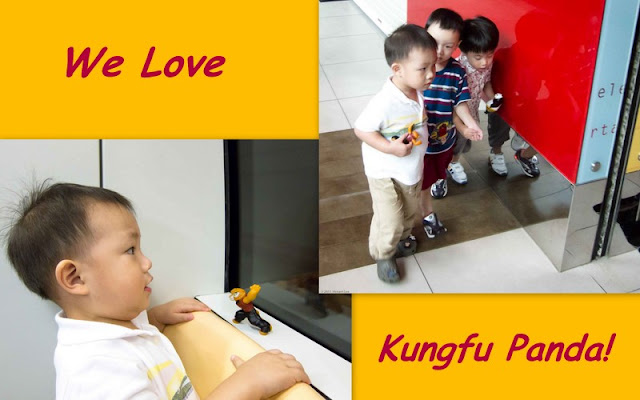 All the parents went in early as we want to get the booster seat for the kids. Xavier scan the cinema as it was his first time in one. He then point to the curtains at the side of the cinema and asked, “Kungfu Panda inside there?” I laughed and told me no no, it will appear at the screen in front of him. From then on, he stared at the screen very attentively, waiting eagerly for the movie to start. 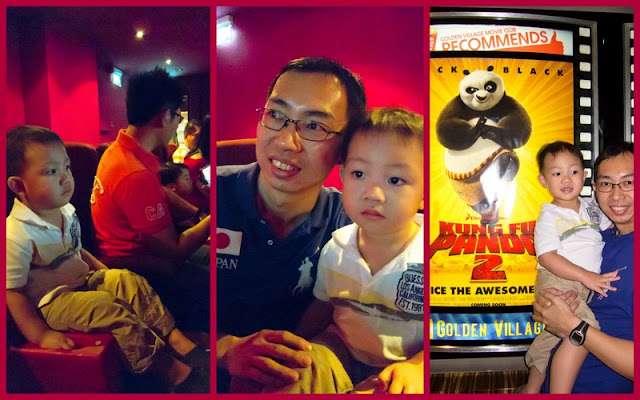 He was pretty well behaved throughout the movie, although there were a few moments he wanted to sit on my lap instead of his seat. And somewhere in the movie he kept asking where the baby panda went, among other questions. So hard to ask him not to talk in the movie when he didn’t understand what’s all this fuss about keeping quiet when in the movies.

But I think overall he enjoyed the movie very much. Will definitely bring him to more movies in future. 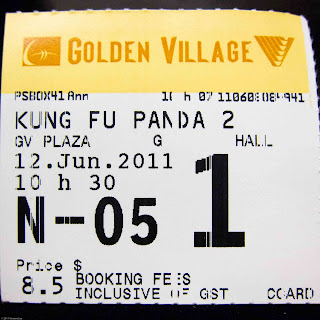